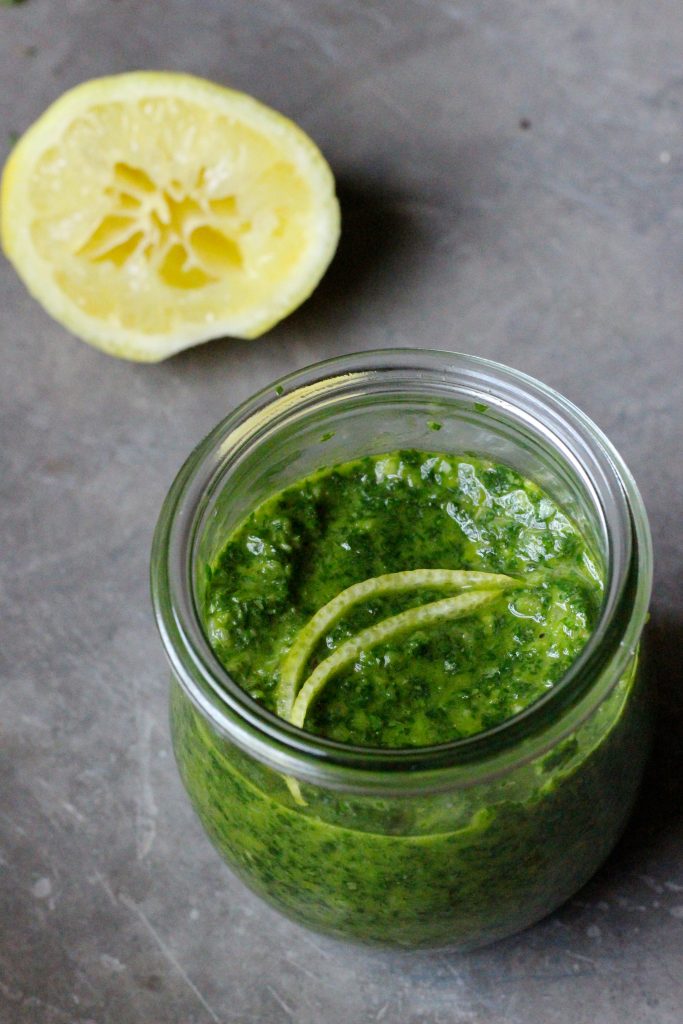 I was home alone this weekend, so I did what I do best. I trashed the kitchen and blog cooked like there was no tomorrow.

I made a bunch of Fourth of July stuff that I’m excited to share this week (!!), but I did make some other regular ole stuff too. Over the past few months, I have been feeling really stuck blog-wise so it was nice to get back into the kitchen and get some cooking done.

One of the best things that resulted from my 48-hour cooking craze? This Cilantro Chimichurri. It’s super green, super sharp, and super lemon-y. All I want to do is grill up every single chicken breast in my freezer and slather this on it. (or eat it with a spoon… I’m flexible!)

I normally don’t have cilantro around the house because the majority of my crew thinks it tastes like soap, but I ended up with a big bunch of it after my farmer’s market haul yesterday. I thought I had asked for parsley and opened my bag to find a bunch of cilantro nestled in between my beets and lettuce. Whoops!

Because my family is super sensitive to cilantro, I decided to make this sauce that is packed with so many other flavors that the cilantro is highlighted, yet suppressed, at the same time. But beware! A little dollop of this goes a long way!

Grab your handy dandy food processor.And add in a bunch of cilantro leaves (some of the stem is okay!).

Now we add in all the other good stuff. 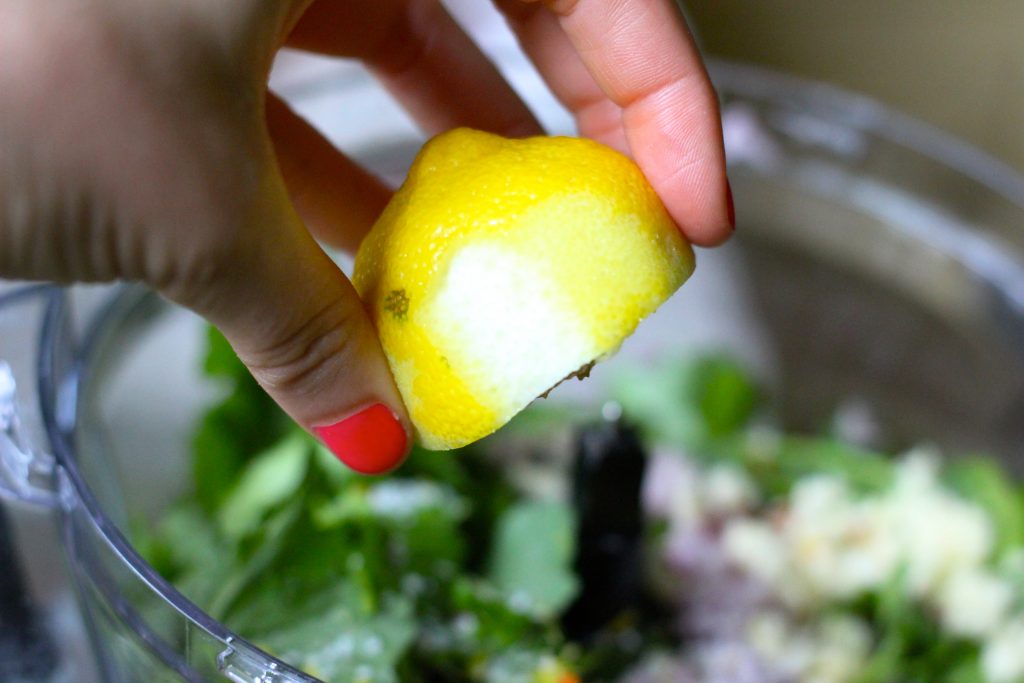 Add in a big squeeze of lemon. The lemon helps perk up cilantro’s beautiful green color, but also cuts some of the soapy-ness.

All you need to do is pour into a container with a tight-fitting lid and dig in!

It is fresh, slightly spicy, and the perfect shade of summer green. Definitely a nice alternative to pesto this summer season.

What do you do when you get unexpected (but good!) surprises in your farmer’s market bags? 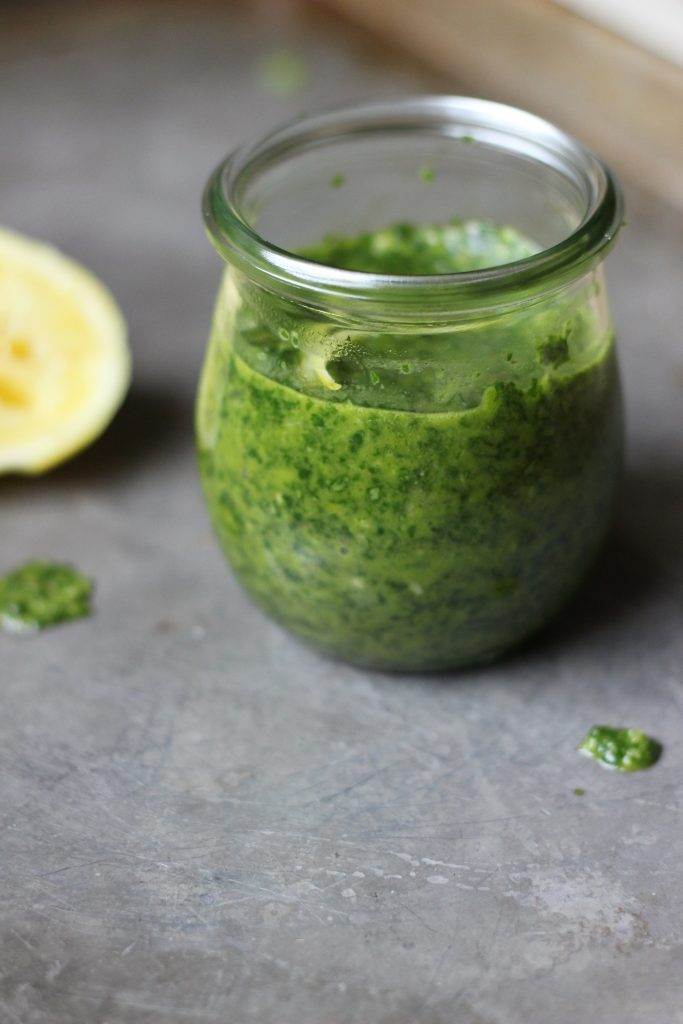