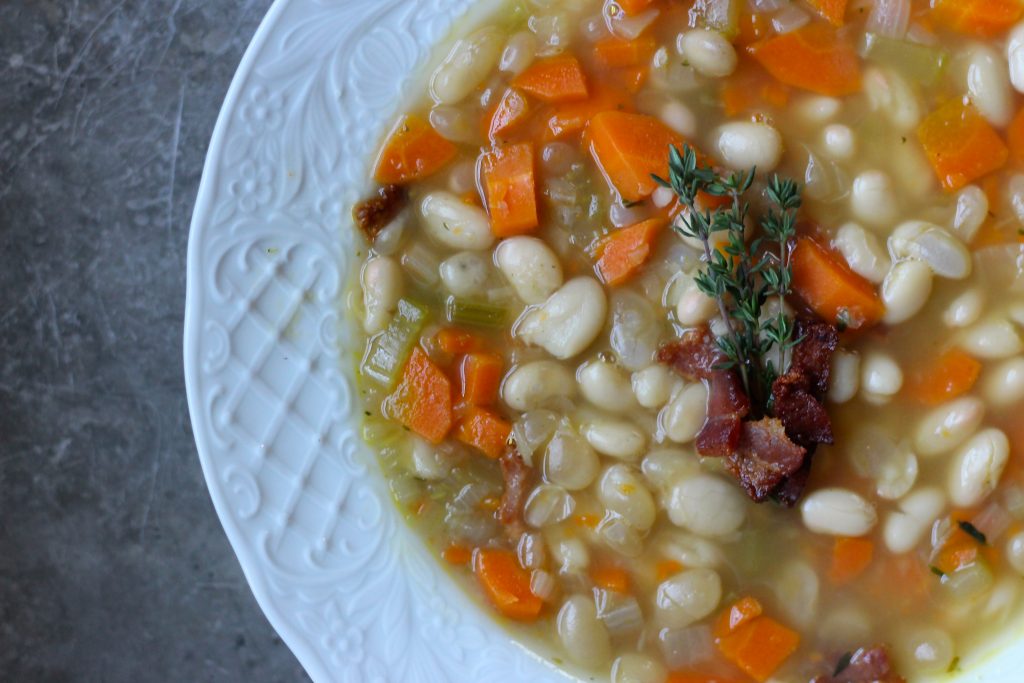 We are officially in that awkward holiday time between Christmas and New Years.

This week is still full of holiday cheer and parties (yay!), but we are slowly getting back to normal. Because while I firmly believe that ALL FOODS FIT into a healthy diet, it is time to start getting back to my normal eating schedule/patterns.

It is full of vegetables, cannellini beans, and a bit of bacon, which allows me to fill up on veggie-goodness (and still have room for one more cinnamon roll!).

This Hearty Cannellini Bean Soup starts with some bacon. 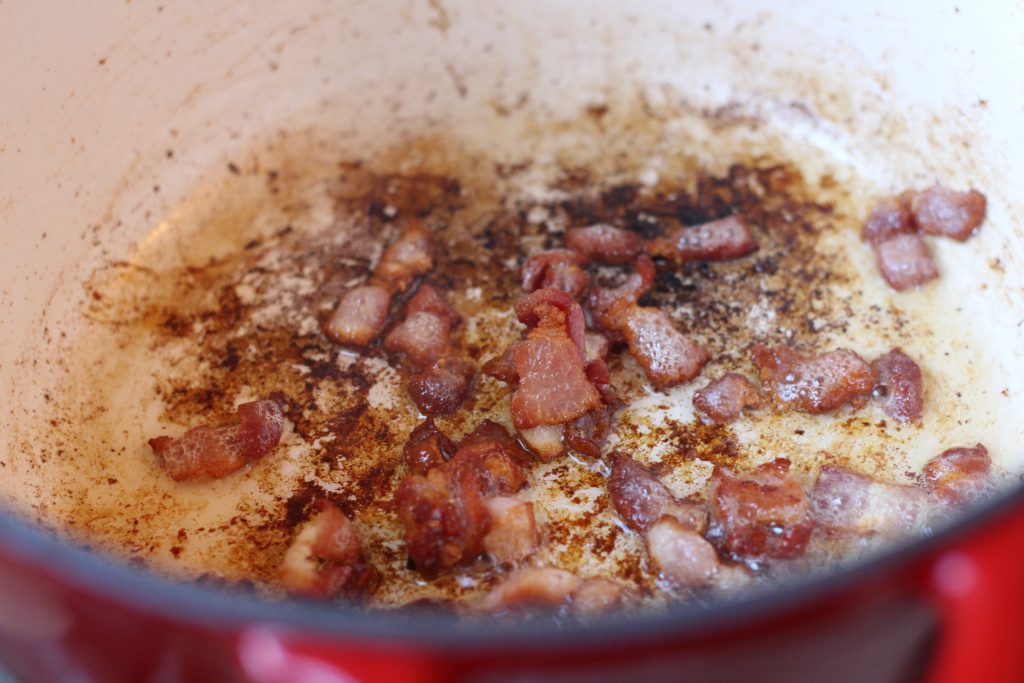 Because bacon is delicious! I browned up a couple of slices (that I diced) in a heavy-bottomed soup pot.

When they were perfectly crisp, I removed the bacon. 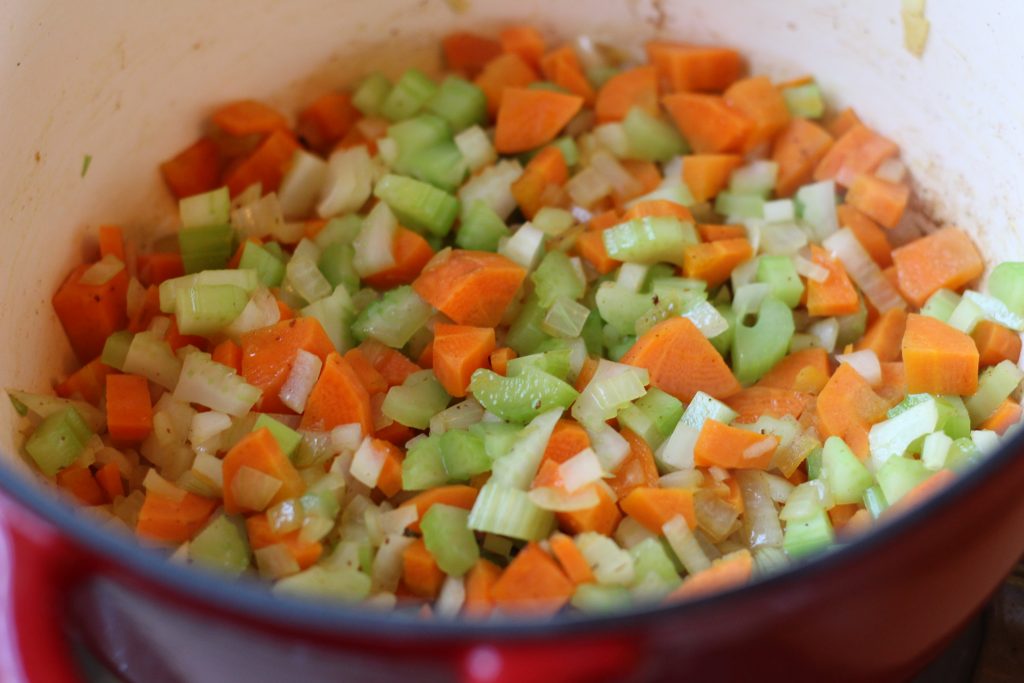 And dumped in the veggies – carrots, onions, and celery. Cook the veggies until tender and golden.

When the vegetable were cooked, I added in some garlic, fresh thyme, salt, and pepper. Cook for an additional minute until the garlic is fragrant. 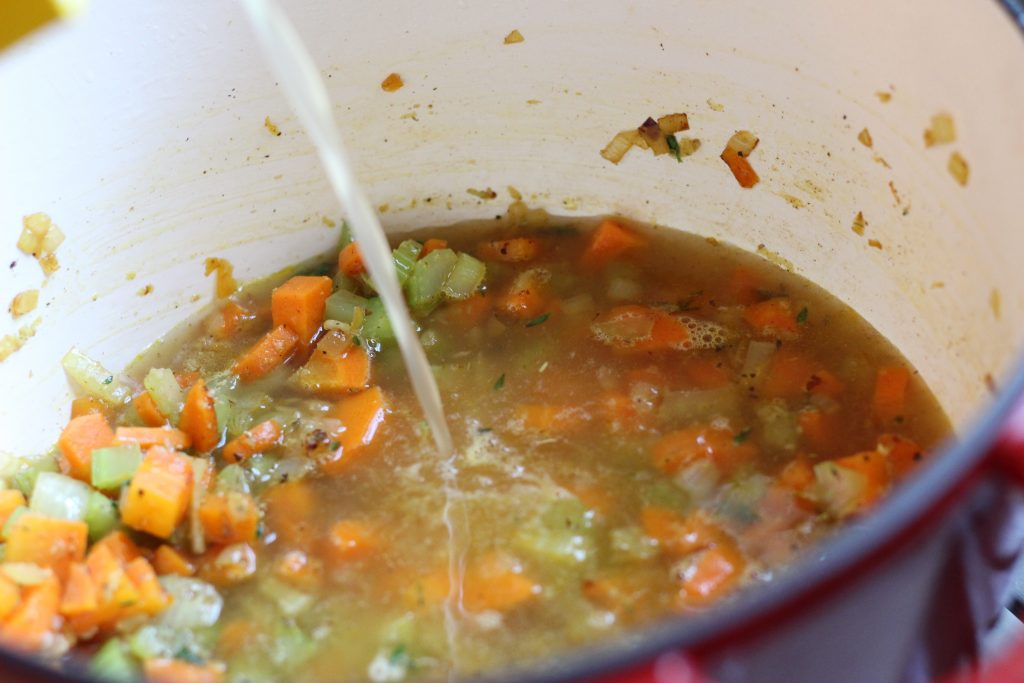 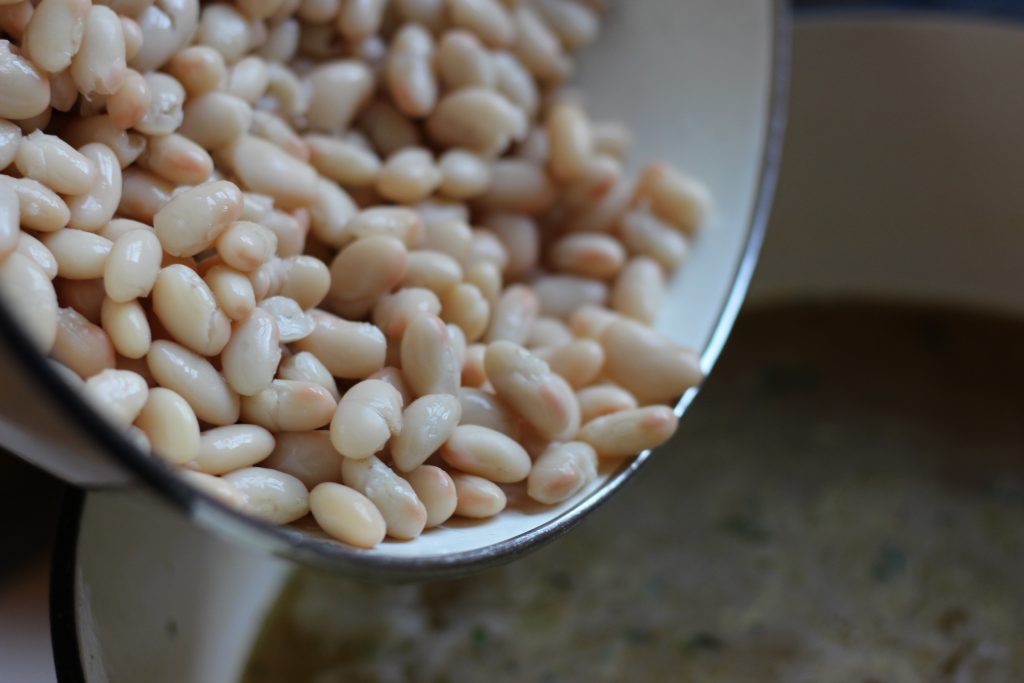 And toss in a couple cans of low sodium white cannellini beans that have been drained and rinsed. Stir everything together, bring to a boil, then reduce to a simmer and cook for 20 minutes until the beans are tender and warmed through. 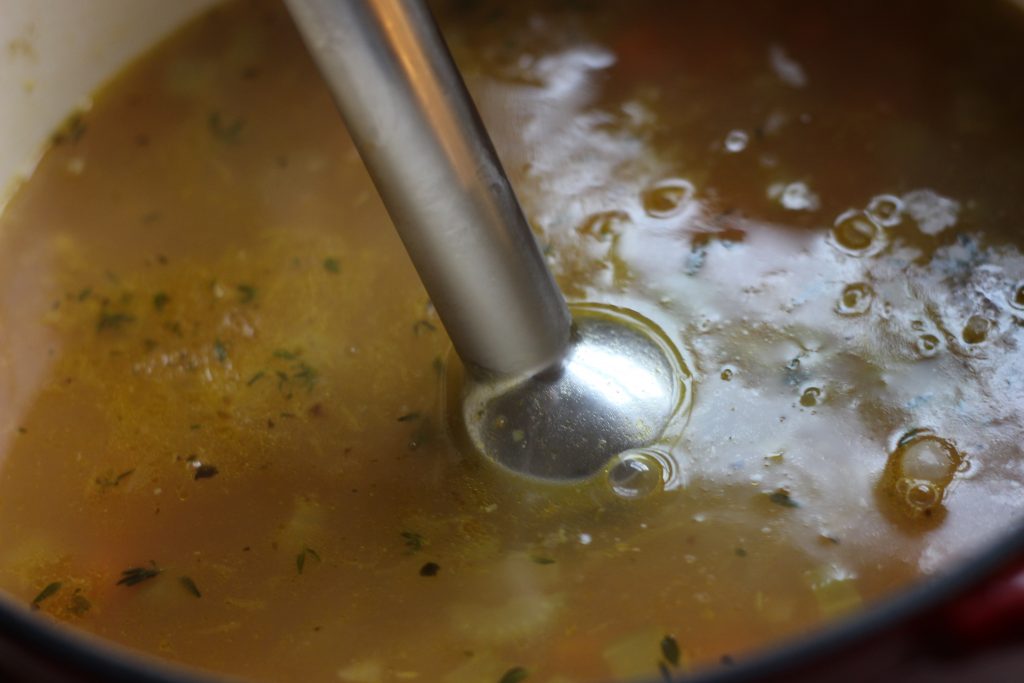 To thicken the soup slightly, I used my stick blender to blend up a bit of the soup. No stick blender? No problem! Portion about a cup of the soup into a blender or food processor and blend until smooth – add back into the soup pot and stir to combine! 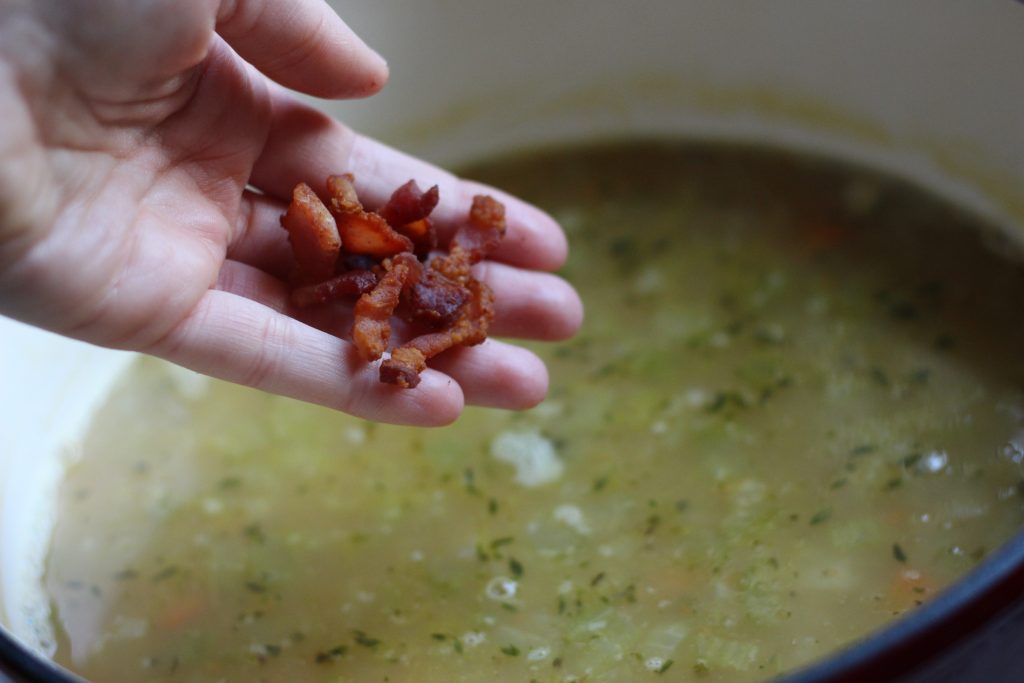 Toss in almost all the bacon pieces. 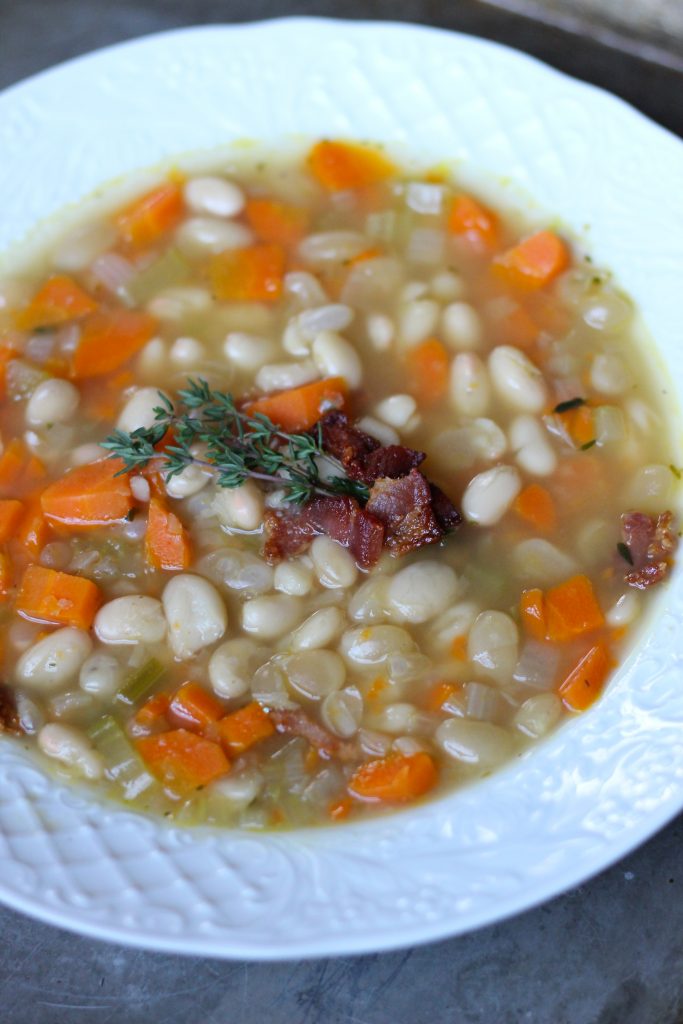 And serve it up! I like to top it with some bacon and a sprig of thyme!

So, what are you up to this week? 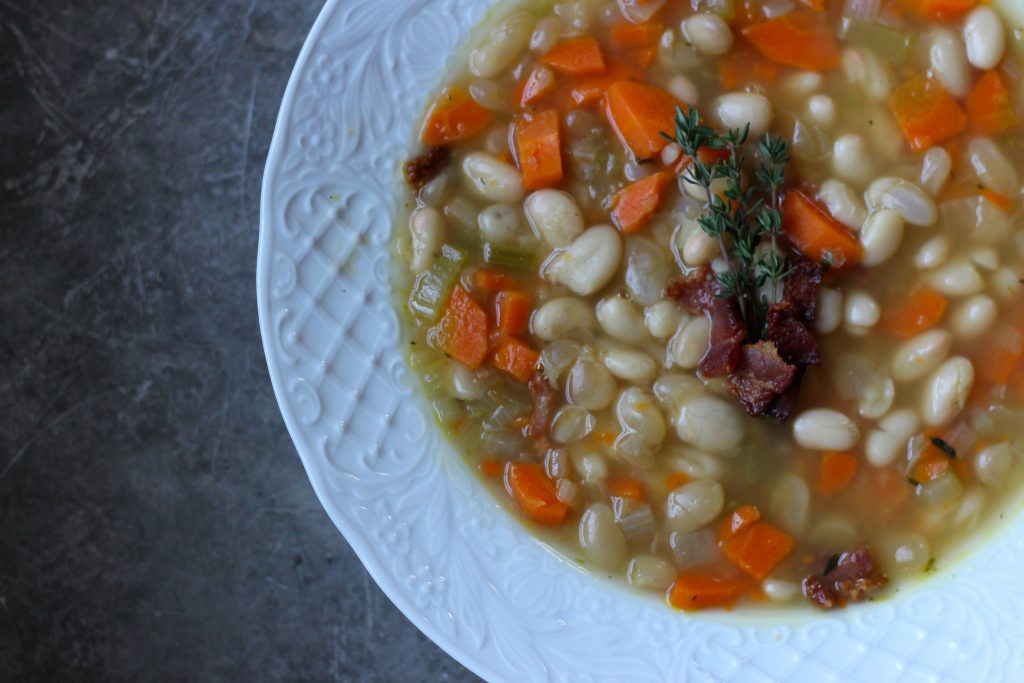