Happy Last Monday of October! Can you believe that Halloween is on Friday? I may need to get more candy… *burp*

My parents discovered these nuggets of happiness during a winter festival in our downtown many, many years ago. They loved them so much and actually bought the muffin recipe book so that they could make them for the rest of their lives.

And they have. These pumpkin chocolate chip muffins have become insanely popular amongst our family and friends. They have become fixtures during our elementary school playdates, become a bonding moment with college roommates, and midnight snacks for dietetic interns.

All in all, they are pumpkin perfection. Here’s my adaptation of my favorite holiday treat.

In a skillet heated over medium heat, toast up some sliced almonds. Watch them carefully, or they’ll burn! 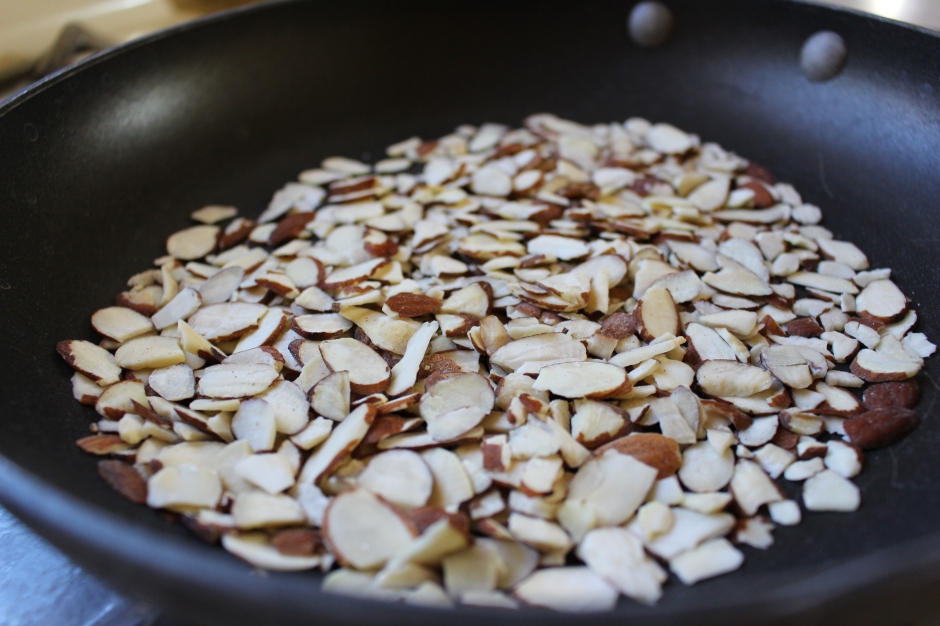 Then in the bowl of a stand mixer (you can do this by hand if you want!), dump in some pumpkin puree and two eggs. 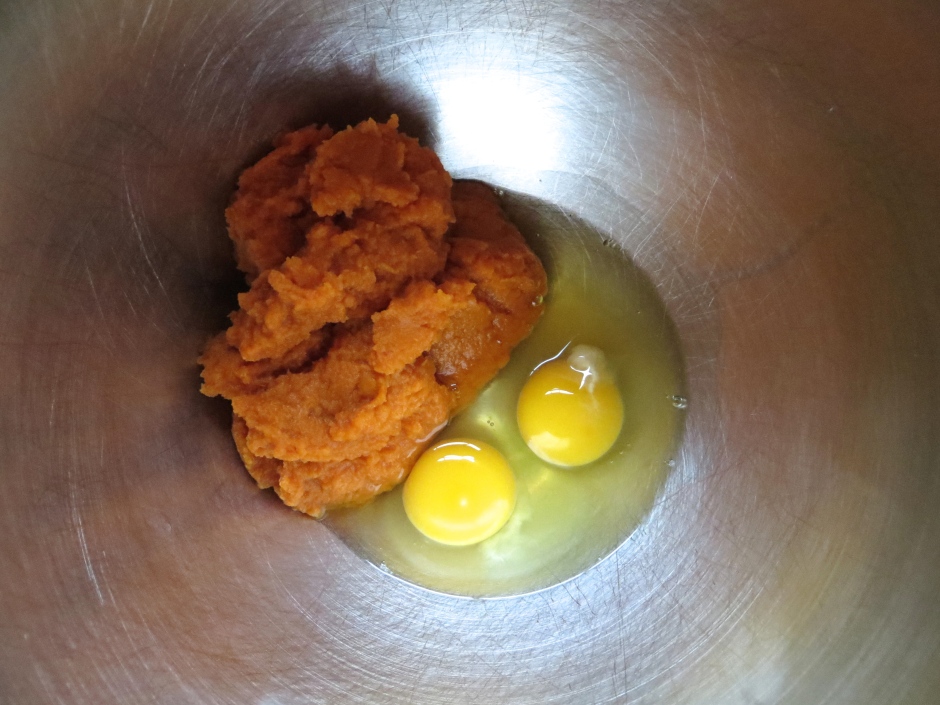 Beat them together until combined.

With the mixer on low, pour in some melted butter. 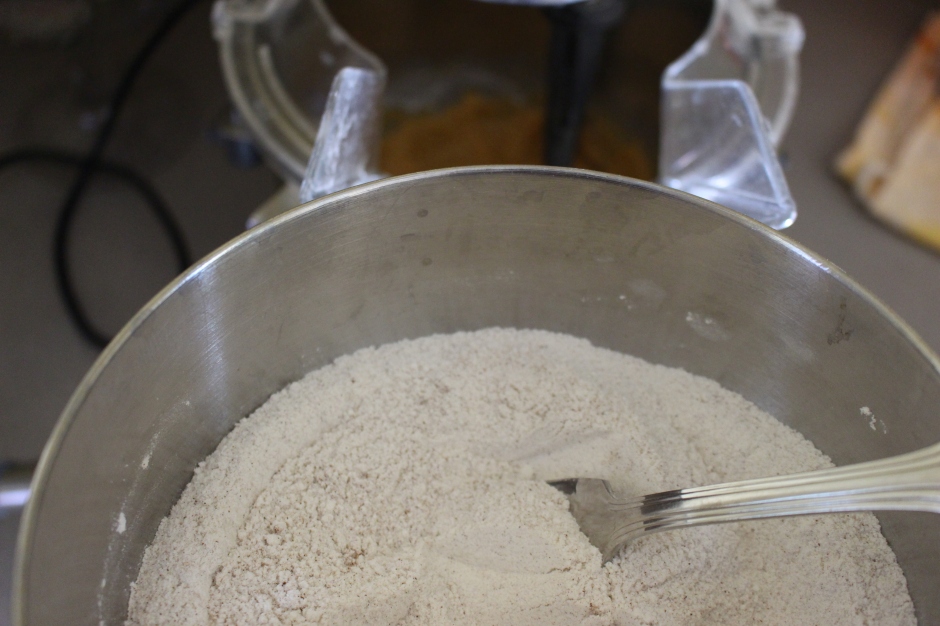 Then slowly add in the dry ingredients.

When the dry ingredients are just combined, remove the bowl from the mixture and dump in the toasted slivered almonds and some mini chocolate chips.

Stir to combine and then portion out into mini muffin tins.

I used a tablespoon but a mini ice cream scooper would be the best to get each one the same size.

Then bake them up! 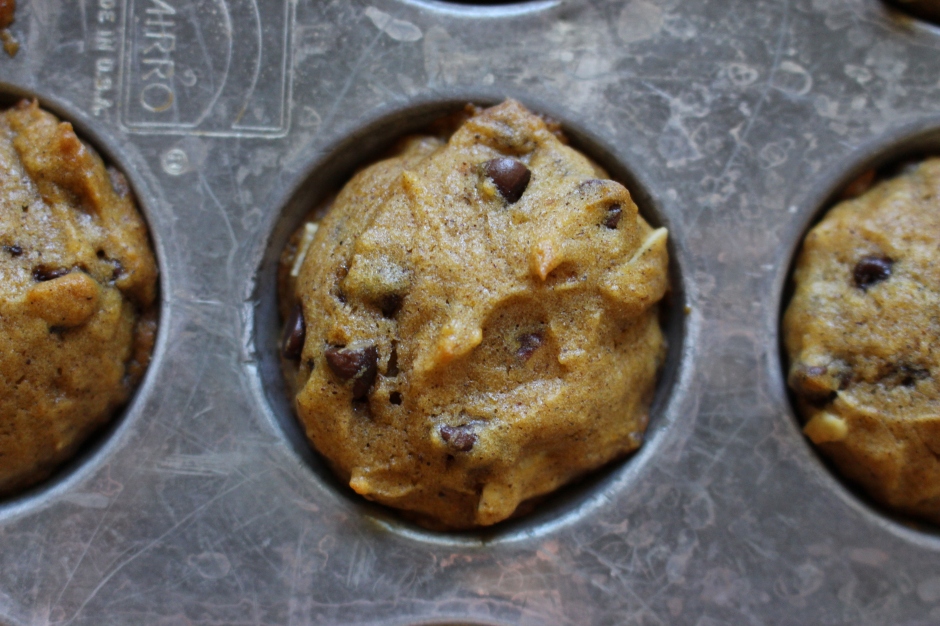 As much as I love them room temperature, they taste even better frozen (but that’s just me!). A spectacular treat for after-school snack, dessert, or midnight snack by the light of the fridge.