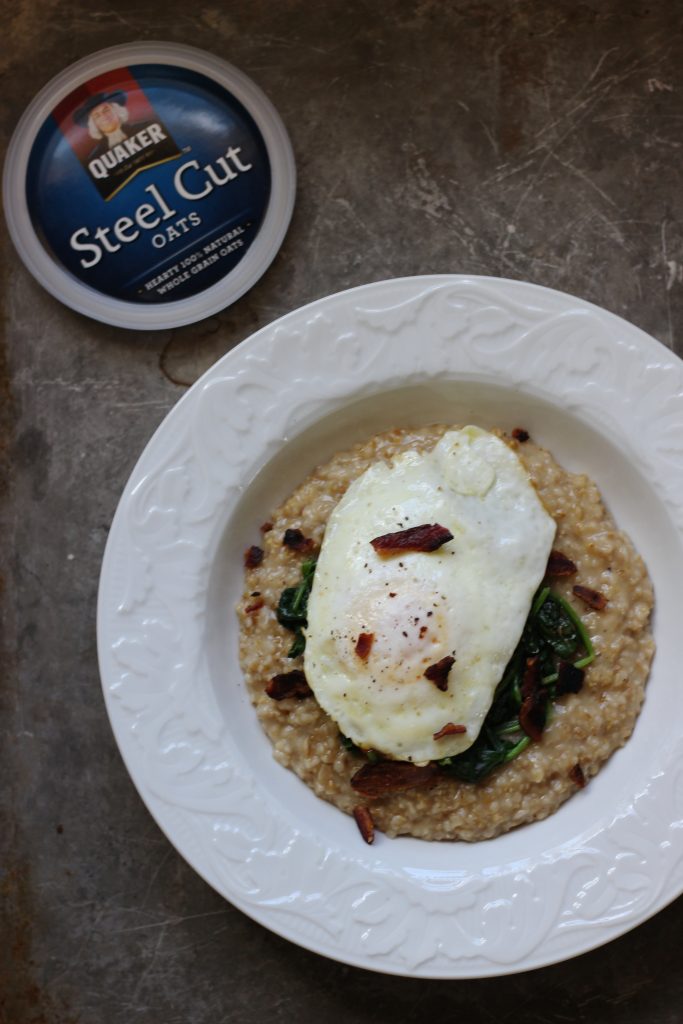 One week ago, I was attending the Food and Nutrition Conference and Expo (FNCE). While I learned a lot of information about latest research, practice guidelines, and new teaching concepts, I was inspired by all the different food trends being displayed. Like the idea for savory oatmeal. My friend and I went to a breakfast sponsored by Quaker Oats and learned all about oats. One of the handouts was all about recipes and I was intrigued about the concept for savory oatmeal. Steel cut oats cooked until tender and then topped with a bunch of savory deliciousness.

I had to try it when I got home!

I made my savory oatmeal with ALL my favorite breakfast things – spinach, bacon, and eggs.

And it couldn’t have been easier to make.

It starts with the base – the steel cut oats! 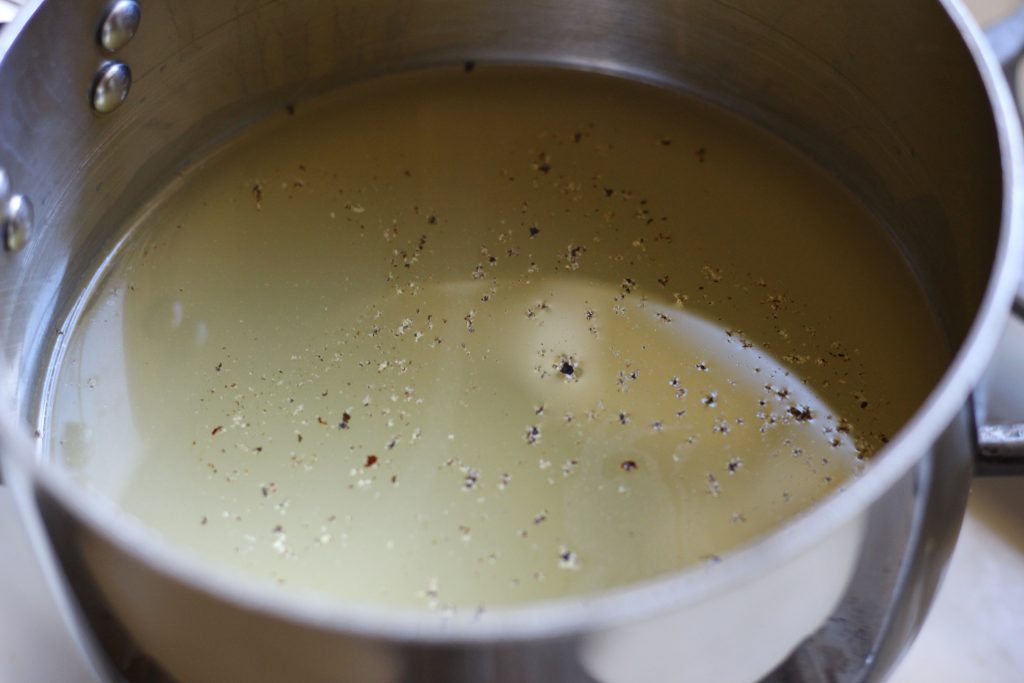 In a small saucepan, bring low sodium chicken broth to a boil. I seasoned the broth with just some black pepper – no salt needed because every other layer is seasoned (and the broth does have some salt in it!). 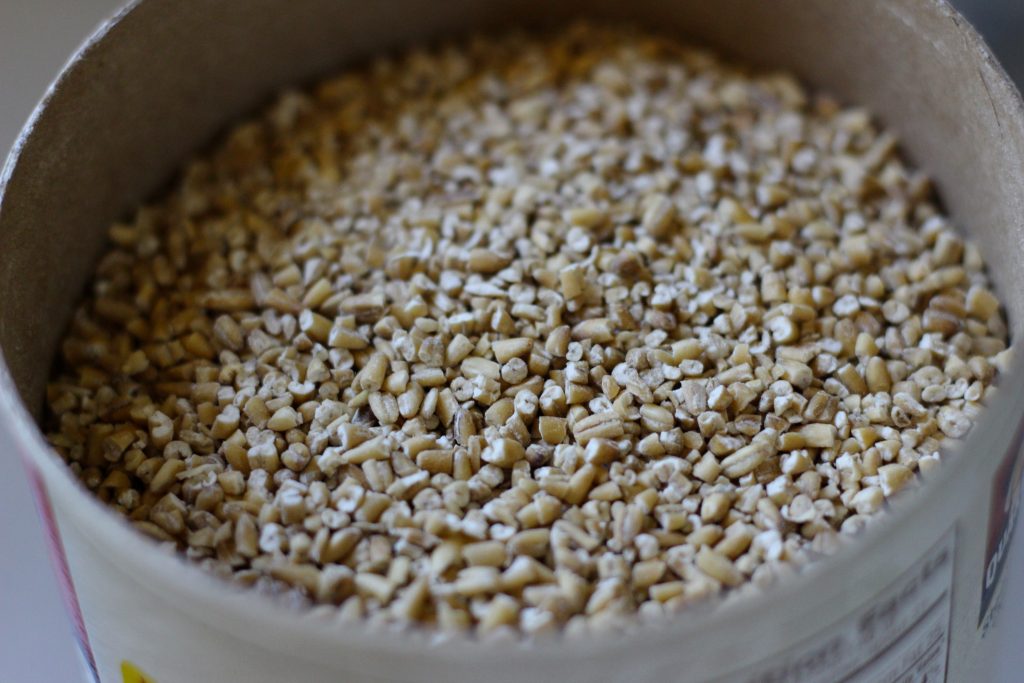 When the broth is at a boil, pour in some steel cut oats. This is when the oat is cut into several pieces – it is not rolled flat like in rolled oats. This gives the oat a nice texture that lends itself well to savory oatmeal. Turn the heat to low and simmer the oats for 20-30 minutes until tender.

While the oats are cooking, crisp up a slice (or two!) of bacon. Remove the bacon and drain almost all but a ¼ teaspoon of bacon grease. 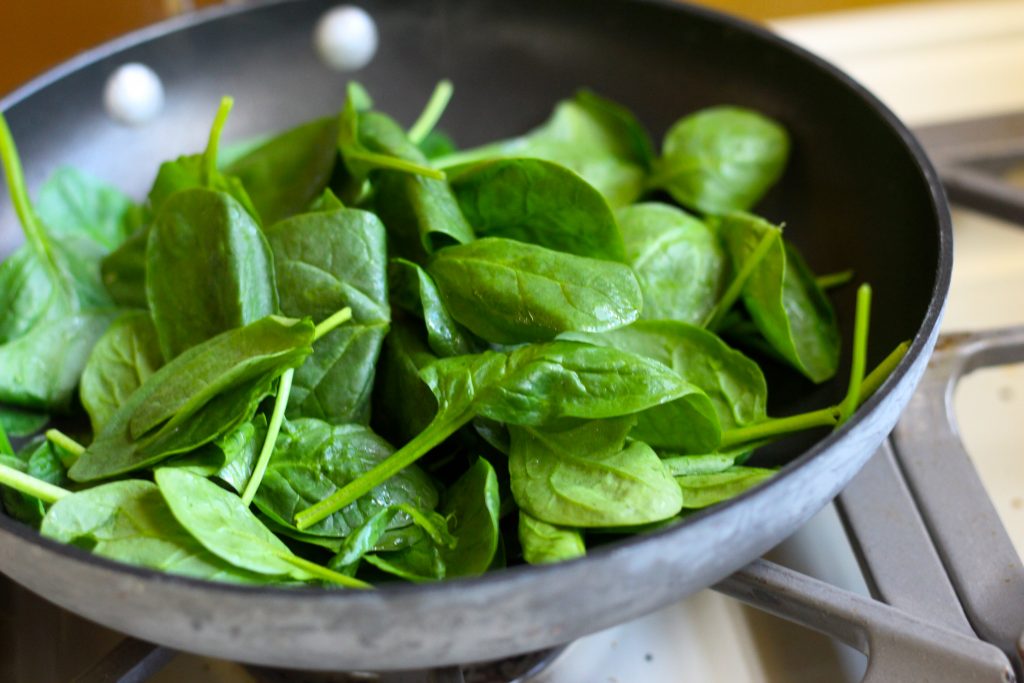 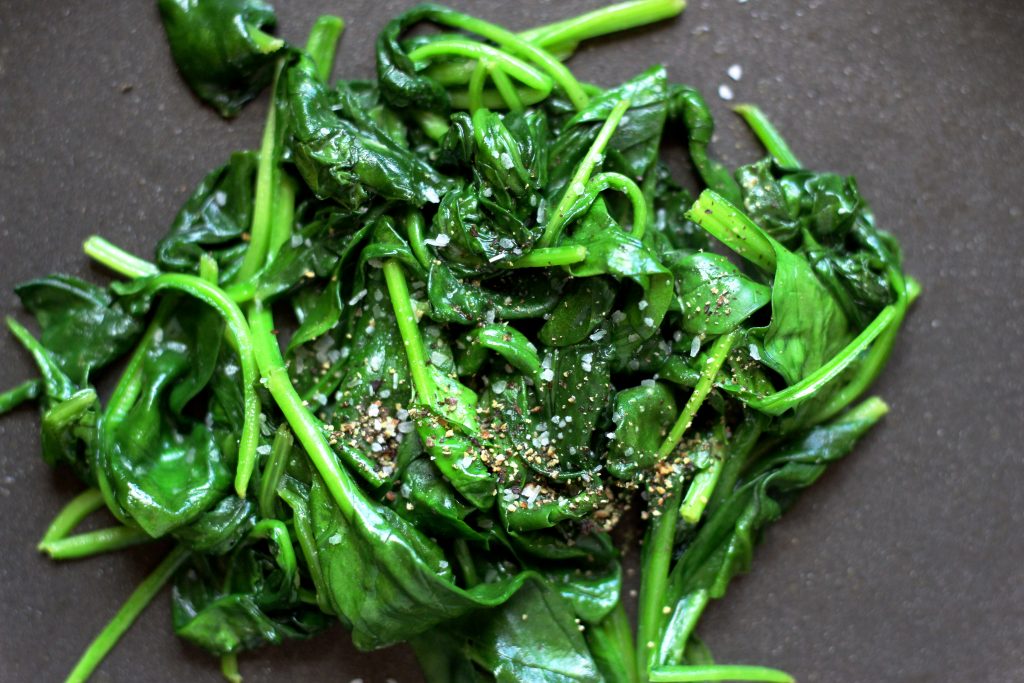 Season the spinach with salt, pepper, and a touch of dijon mustard.

The final component is a simple fried egg over easy! Just lightly spray a skillet set over medium-low heat with cooking spray. Gently crack in an egg and let it cook. When the white is just set on one side and you can see the yolk starting to set around the edged, gently flip it over with a spatula and cook for another 30 seconds until the white is completely set.

While this seems like a lot of steps and fuss, I promise that you can get it all done during the time it takes the oats to cook! 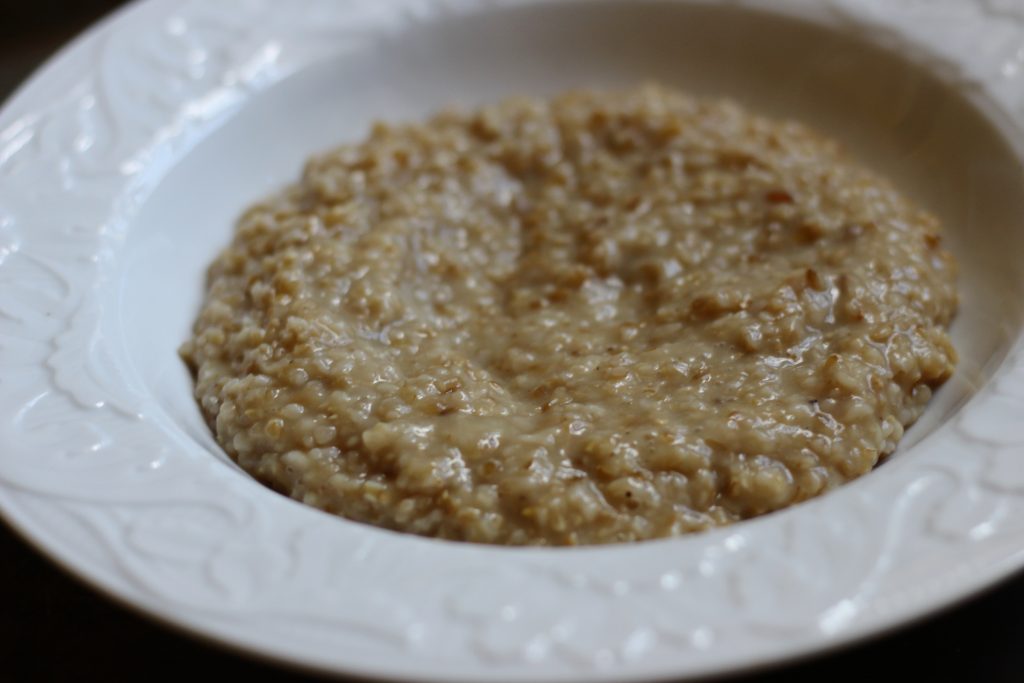 Pour the oats into the bowl. 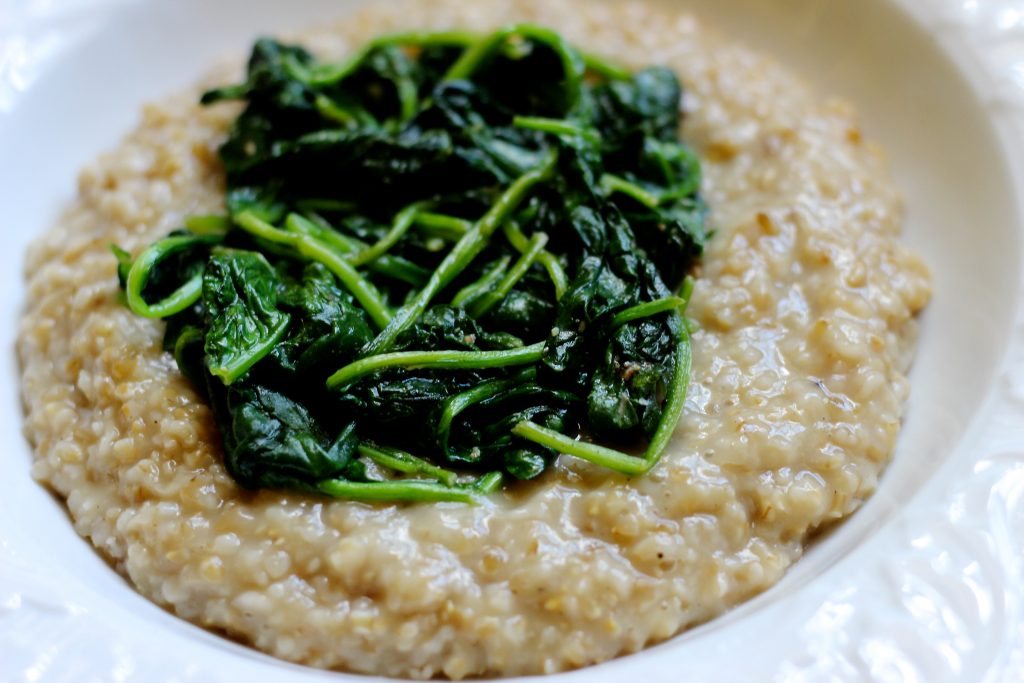 Top with the spinach. 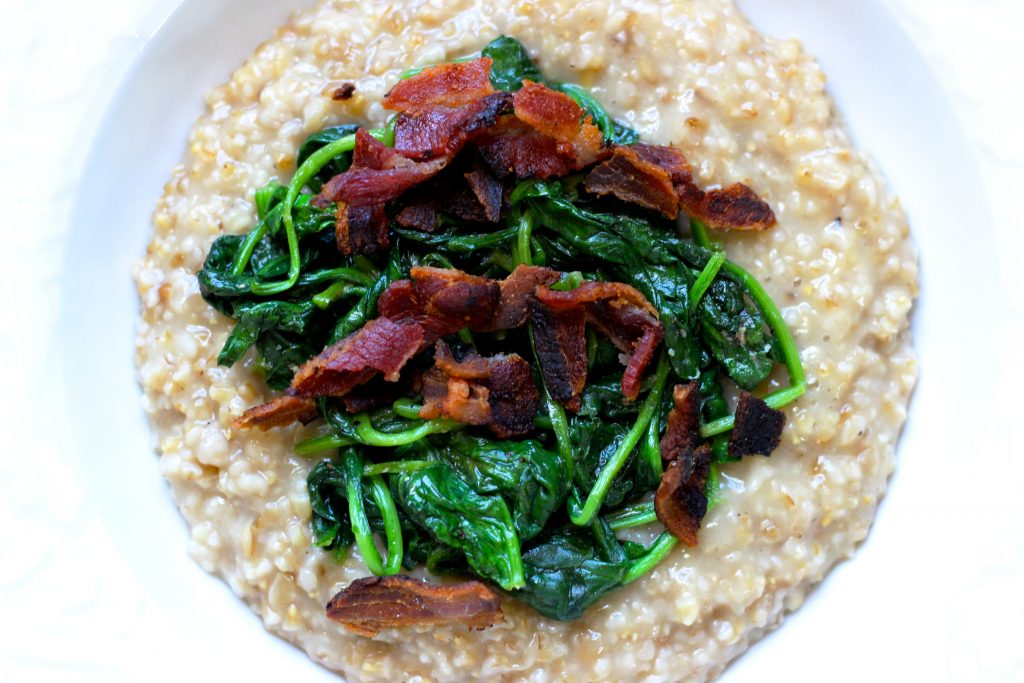 Sprinkle over the crumbled bacon. 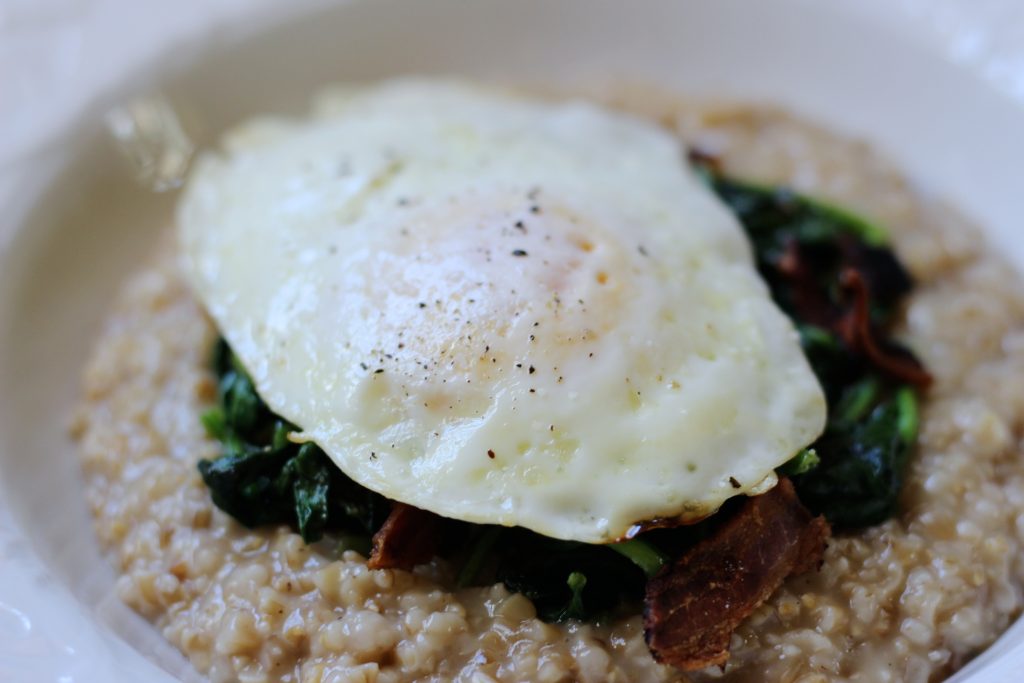 And top with the fried egg.

Definitely a fun spin on a breakfast classic. 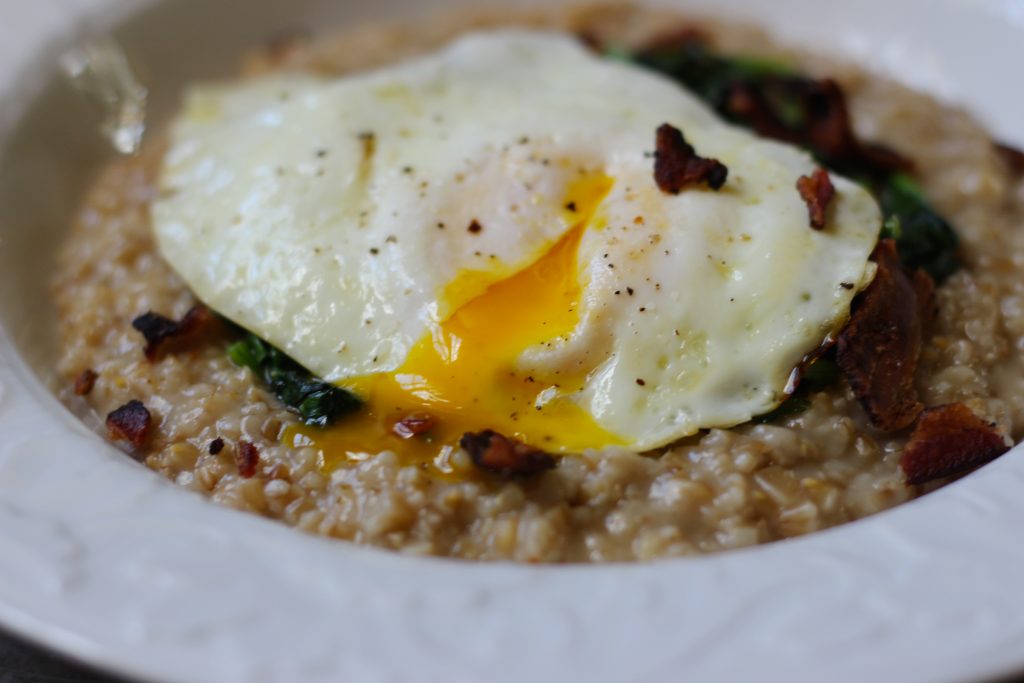 Guys, this is going to be your new breakfast repeat.