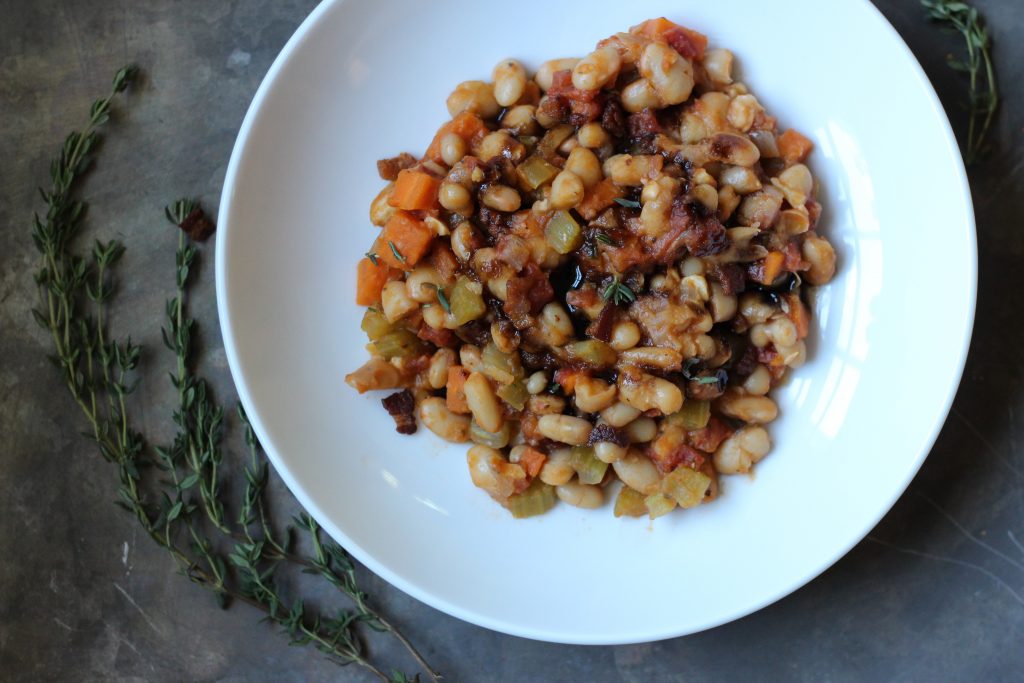 It has been a long two weeks.

It was chaotic, messy, and exhausting. It was a medical procedure, crazy weeks at work, a missed flight/vacation, and putting our sweet cat to sleep.

It was a very emotional two weeks.

My family and I decided that it was time to shut down and rest.

And it was so needed.

As we get back to our semblance of normalcy, I am back in the kitchen. While I am cooking up so much good stuff for the Super Bowl, I knew that the first thing I needed to cook was something comforting.

Something that makes you feel like you’re wrapped up in a hug.

These Stewed Great Northern Beans did the trick.

They are warm, hearty, and full of flavor.

A perfect way to ease back into… everything.

It starts with the bacon…

In a large heavy-bottomed pot, cook up some bacon that has been diced. When the bacon is crisp, remove it from the pot to a paper-lined plate to drain. Leave the grease in the pot to cook up the vegetables.

Now the veggie base… 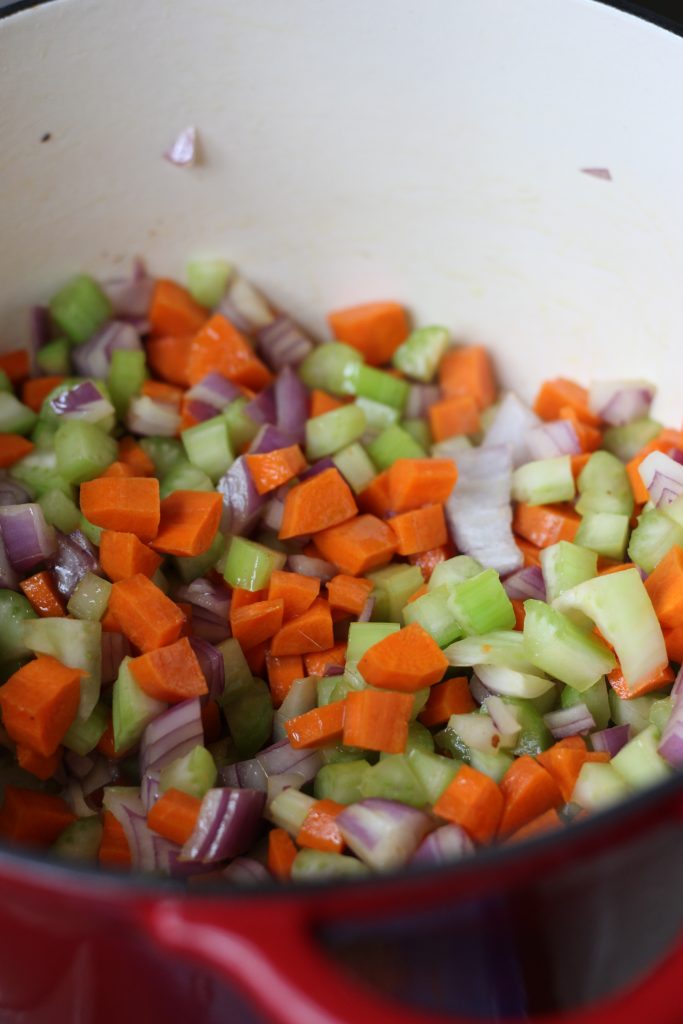 Add in some onion, carrot, and celery to the pot. I cooked the veggies until they were soft and slightly browned.

Then I added in some canned diced tomato with the juice! Whenever I am adding in the juice with diced tomatoes, I make sure to buy the low-sodium or unsalted canned tomato. Then I can control the salt content so much better!

I seasoned the veggie mixture with salt, pepper, and oregano.

Then I dumped in two cans of drained/rinsed Great Northern Beans. They are a nice hearty bean, which stands up perfectly to braising! 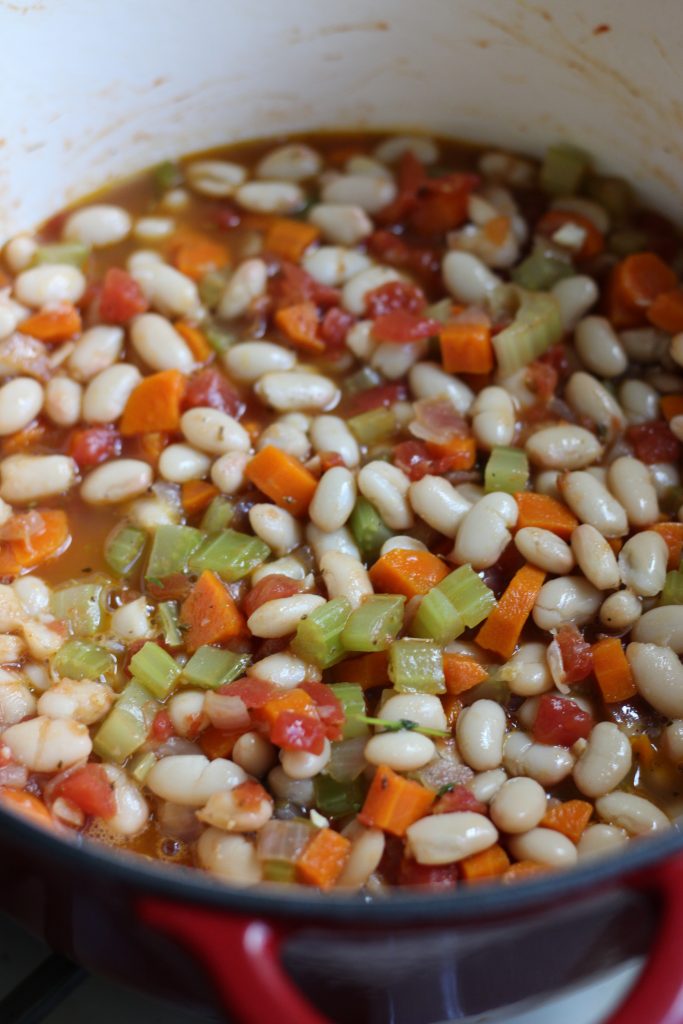 I added in some chicken broth to help everything simmer and then cooked the beans until they were heated through!

To serve, I dished them up on a plate, drizzled them with some balsamic vinegar, and sprinkled over the cooked bacon.

This is a perfect dinner on its own (with loads of crusty bread and wine!), but it also is great as a bed for grilled sausages (pork or poultry!).

Definitely a hearty, warm dinner that soothes the soul. 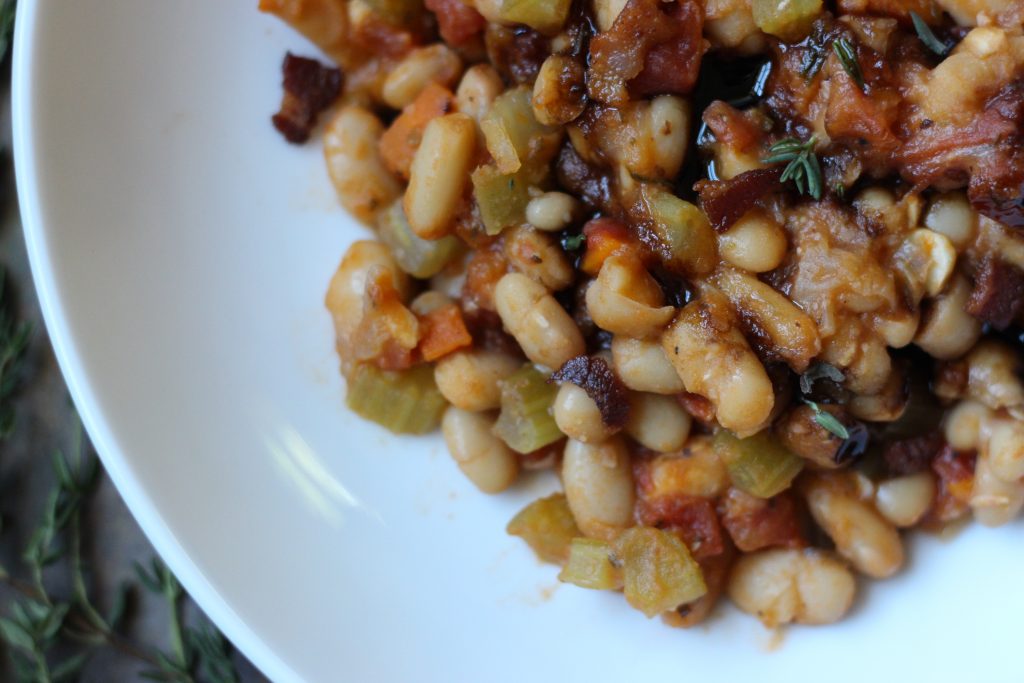