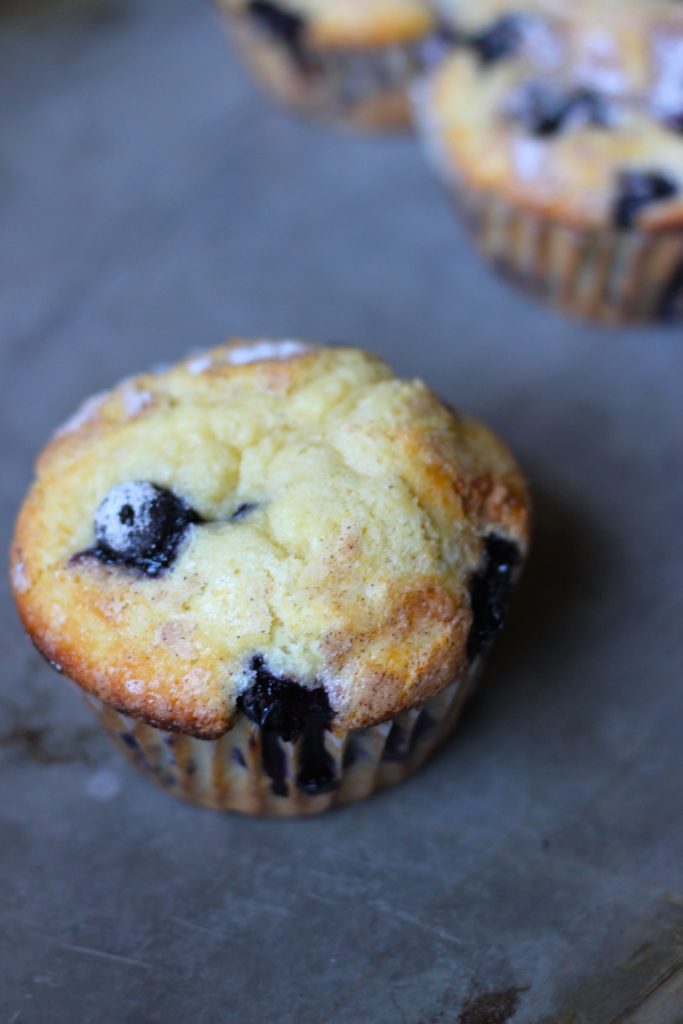 These are not diet muffins.

These are super-sized, decadent, blueberry-stuffed breakfast treats that are fluffy on the inside and have a crisp cinnamon-sugary top.

While I don’t recommend digging into these muffins on a regular basis, I firmly believe that ALL foods fit into a healthy, balanced diet… so if you want to indulge in one of these blueberry beauties, go for it! Declaring certain foods “bad” and others “good” turns food into the enemy and can create guilty feeling surrounding the foods that we eat. Instead, we should honor our cravings and eat ALL the foods. Because if I am craving a blueberry muffin and I deprive myself, I will end up overeating other “healthy” things to try and alleviate that craving (and we know how that turns out). Instead, satisfy that craving by sitting down and enjoying that treat – put it on a pretty plate, slowly peel off the muffin liner, and take a bite and savor it. You will definitely enjoy it the muffin so much more than if you ate blueberries + whole wheat crackers + an orange + a cheese stick + more crackers (which were not the foods you wanted in the first place!). It’s time to make peace with all the foods in our diet and know that everything fits into a healthy diet (in moderation, of course!!).

The batter starts with the dry ingredients. 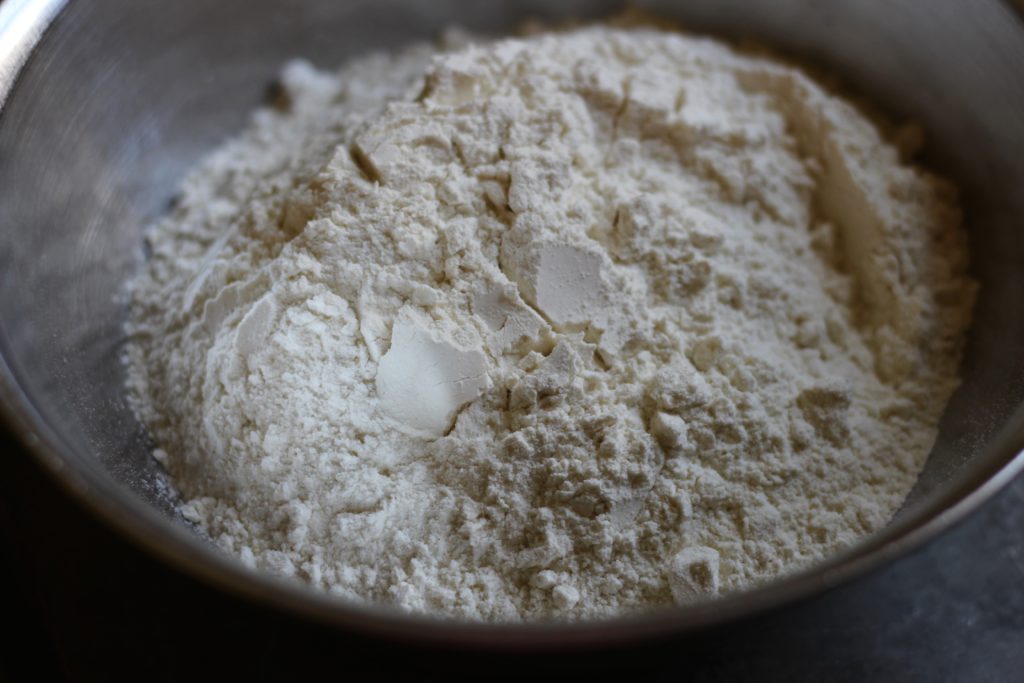 I combined all-purpose flour, baking powder, and salt in a bowl and whisked them to thoroughly combine them.

Then grab your stand mixer. 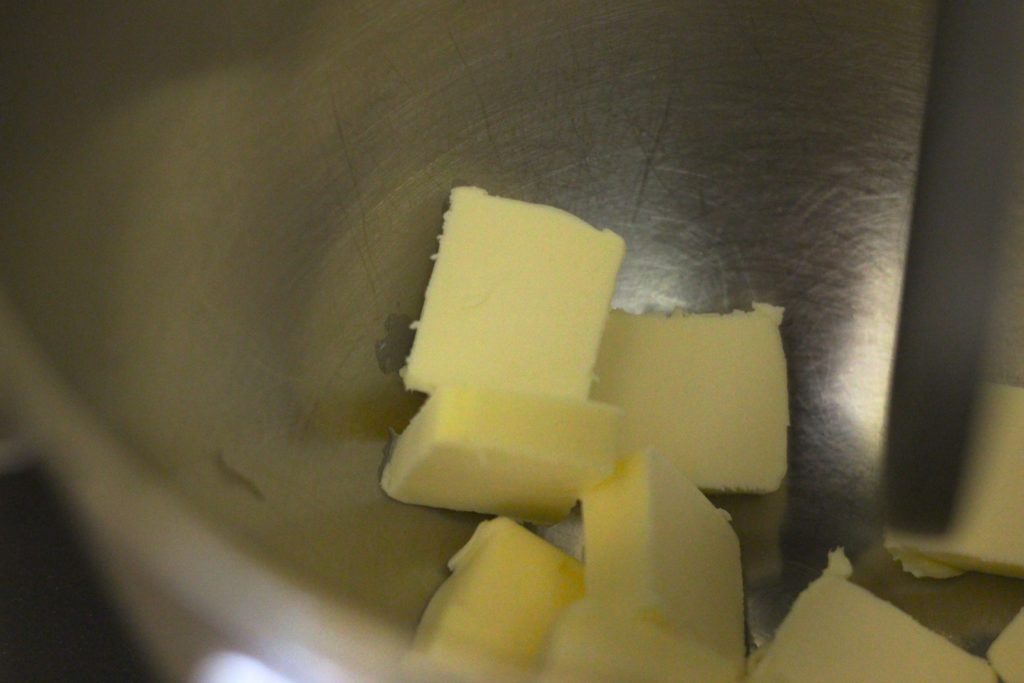 And throw in some butter and sugar into the bowl and beat until light and fluffy. 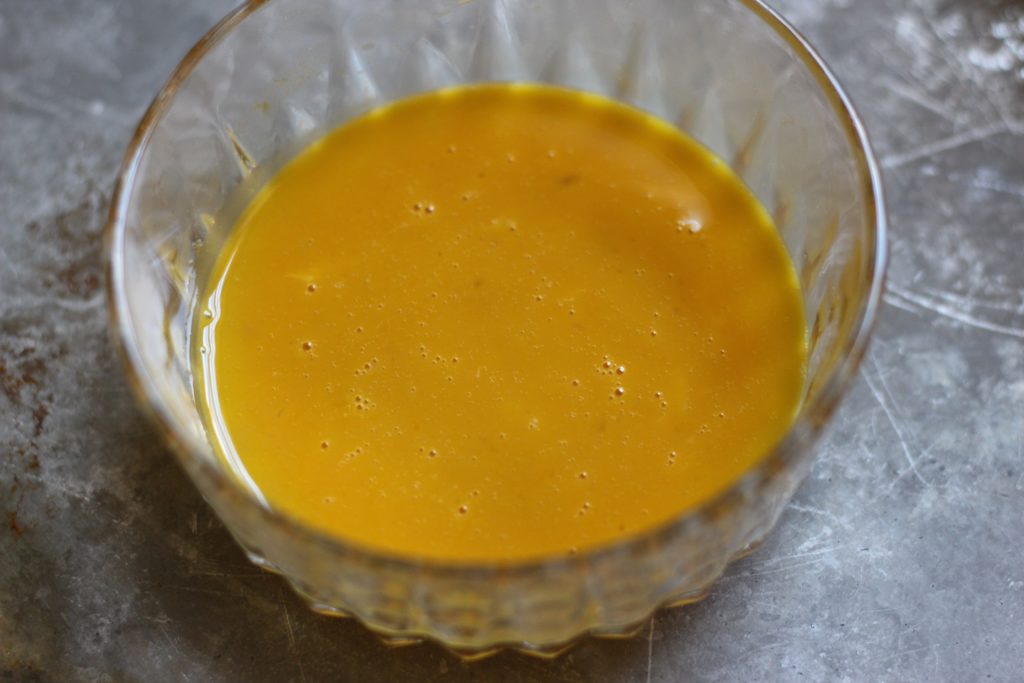 Add in some beaten egg yolks (save those whites!!) and vanilla. After the eggs are thoroughly combined into the butter/sugar mixture, carefully add in the dry ingredients.

And now let’s talk about those egg whites. Whip up the egg whites until you get stiff peaks… 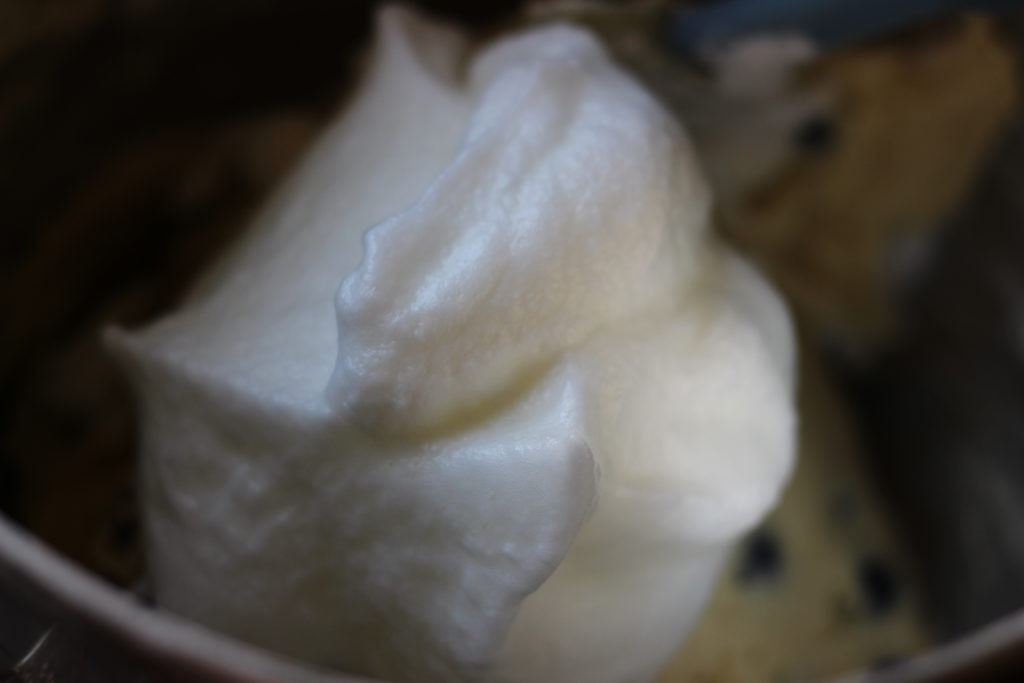 … and fold into the muffin batter until just barely stirred through. 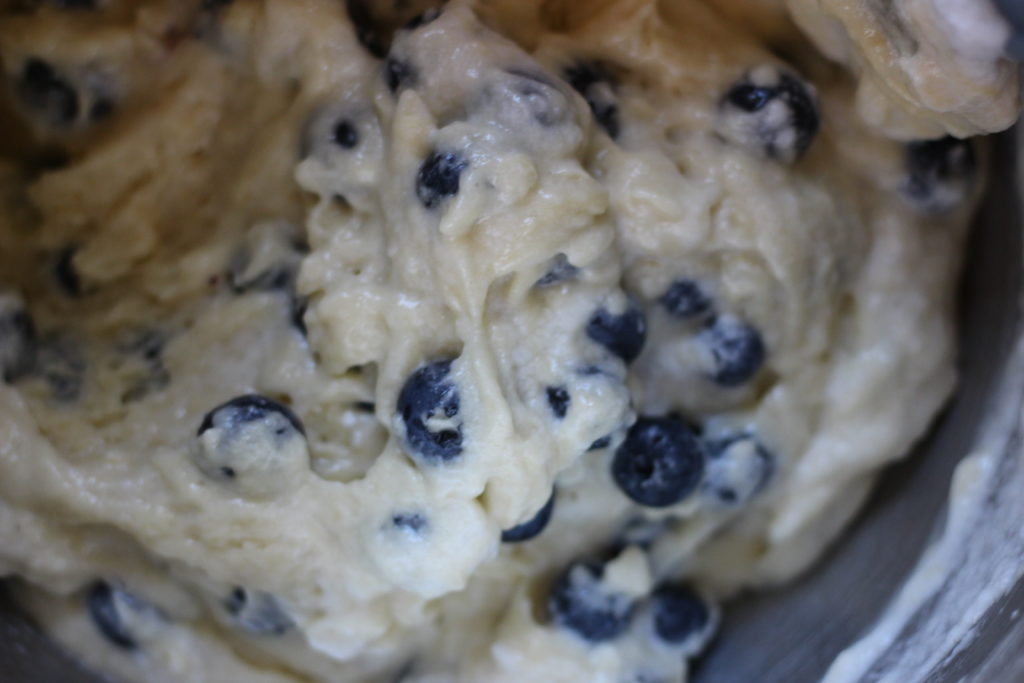 Portion out batter into a muffin cup-lined jumbo (or Texax) muffin pan. 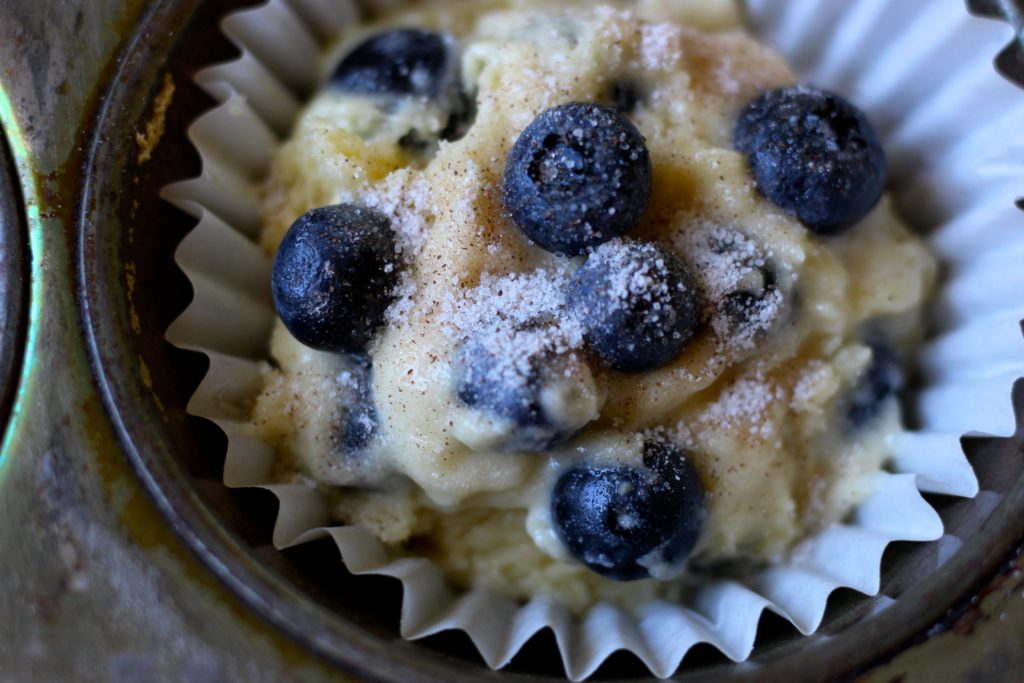 Sprinkle the tops of the muffins with a little cinnamon sugar.

Bake the muffins at 425 degrees for 8-10 minutes, then drop the temperature to 350 degrees and bake for an additional 10 minutes. 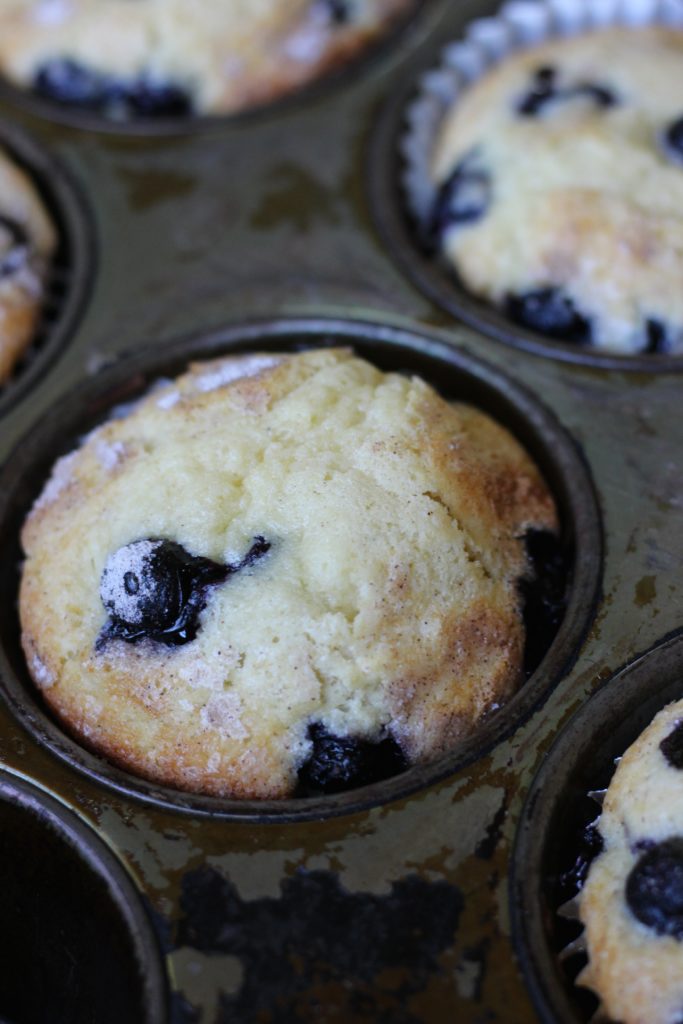 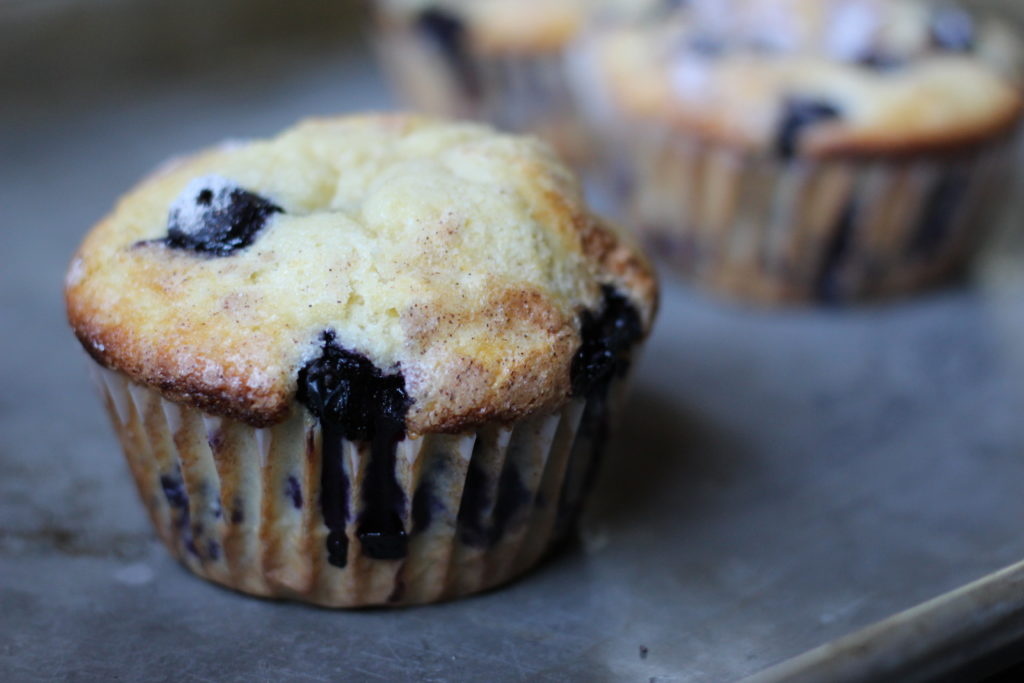 If I am going to eat a blueberry muffin, this is the one I choose! 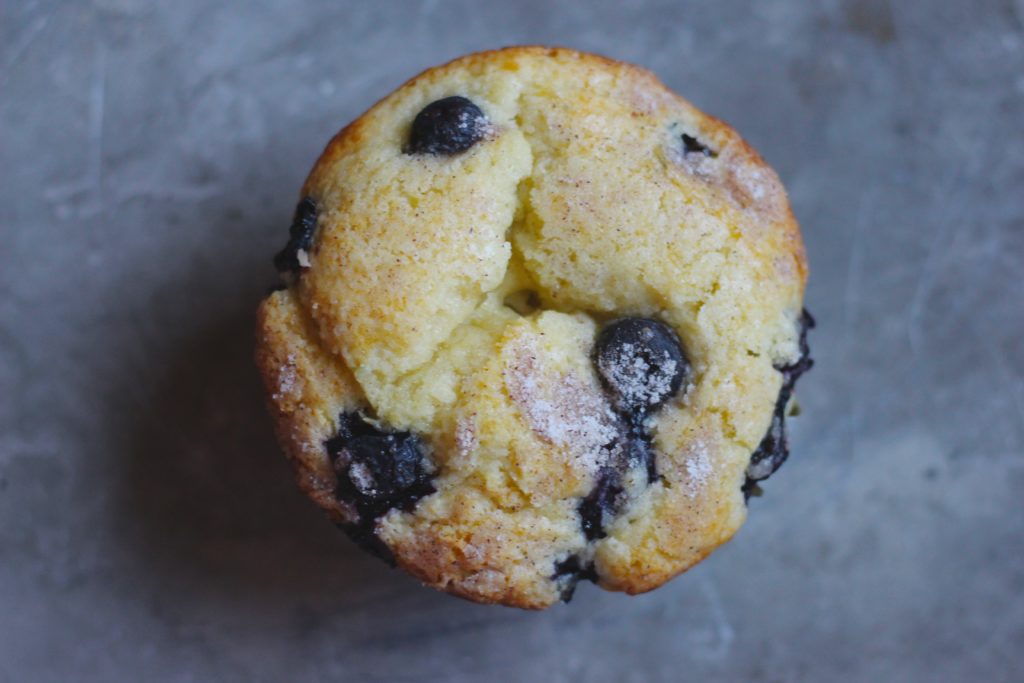