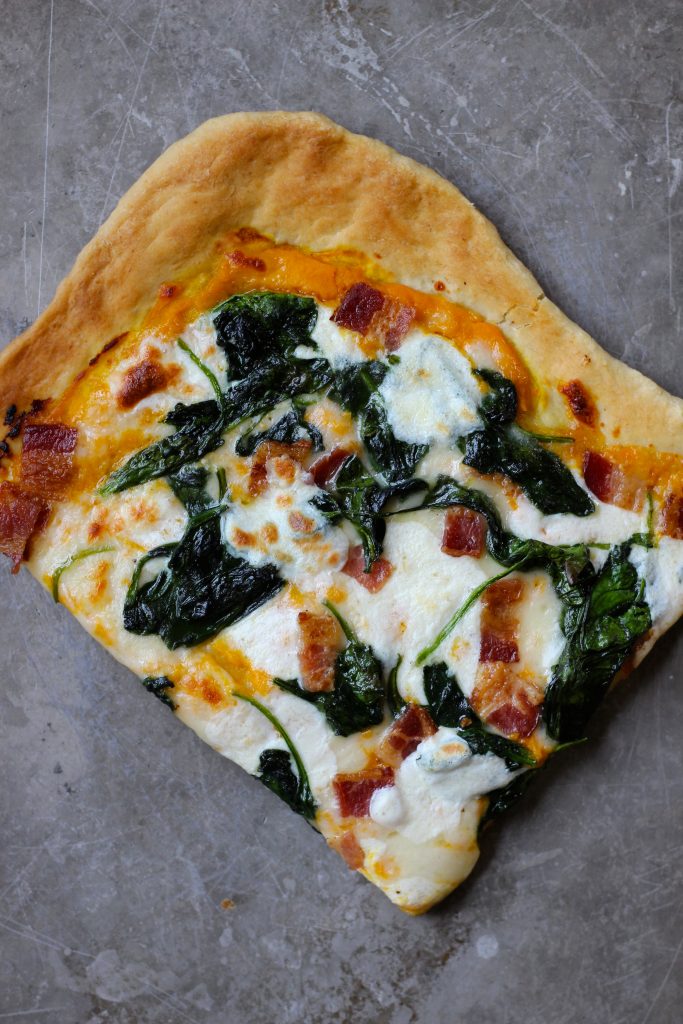 THIS IS A GAME-CHANGER.

As you all know, I love pizza more than anything. And when I went to my local pizza restaurant a few years ago and spotted a pizza that was smothered in butternut squash puree, sautéed spinach, and bacon, I was floored. Butternut squash instead of sauce?!

It was one of the most interesting pizza combinations that I came across and I knew that I needed to make it at home. I finally decided to whip up this pizza when my aunt and grandma where over for dinner to get their take on it. (they loved it too!!)

And it could not have been easier to make!

What makes this so simple to pull together is that you can make all the components ahead of time and then assemble at the last minute.

The pizza dough I used was my go-to pizza dough that I normally use – flour + yeast + salt + olive oil + warm water. It comes together easily in the stand mixer and is ready to use in about 2 hours!

The butternut squash puree is just as easy! I roasted one pound of butternut squash cubes (tossed in some olive oil + salt + pepper) in a 375-degree oven for 20-25 minutes until tender. I tossed the squash into a food processor fitted with a steel blade. Puree the squash until smooth, adding in low sodium chicken broth (I added about one cup) to aid in the pureeing process. Note: this makes a lot of puree – I used about a cup for the pizza itself and saved the rest for snacking later!

Finally, fry up some diced up bacon until crisp. Remove the bacon from the pan, drain off the grease, and then cook the spinach in the delicious bacon-y skillet until wilted. 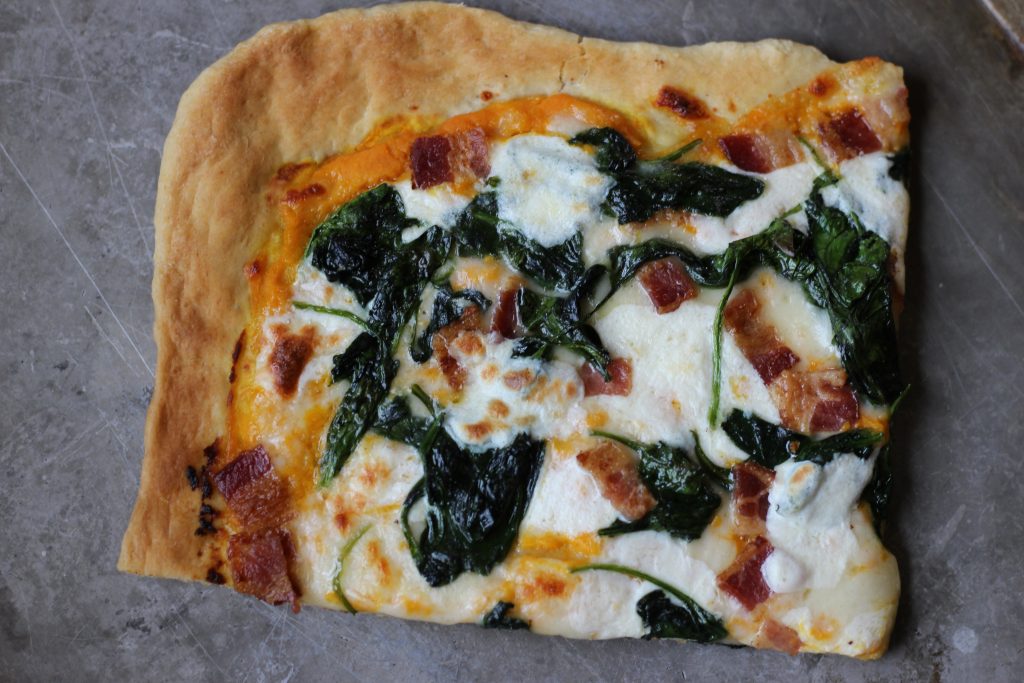 Preheat your oven to 475 degrees.

Spread the dough out into a thin rectangle on a greased baking sheet.

Lightly spread the dough with butternut squash puree, leaving a one-inch border on the edge (because everyone loves the crust!).

Sprinkle over some grated mozzarella and then place on some pieces of fresh mozzarella. YUM!

Then liberally spread the wilted spinach and bacon bits over the whole pizza.

All that’s left is to pop the pie into the oven and bake for 10-15 minutes until the bottom is golden and crisp and the cheese is melty! 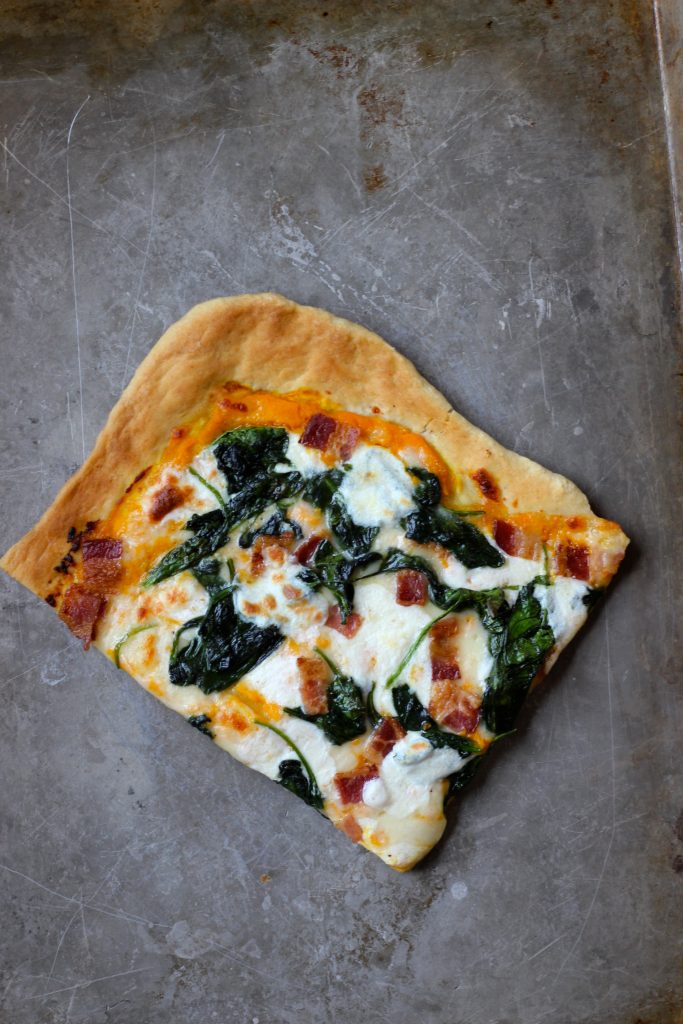 So, what’s your favorite pizza topping?