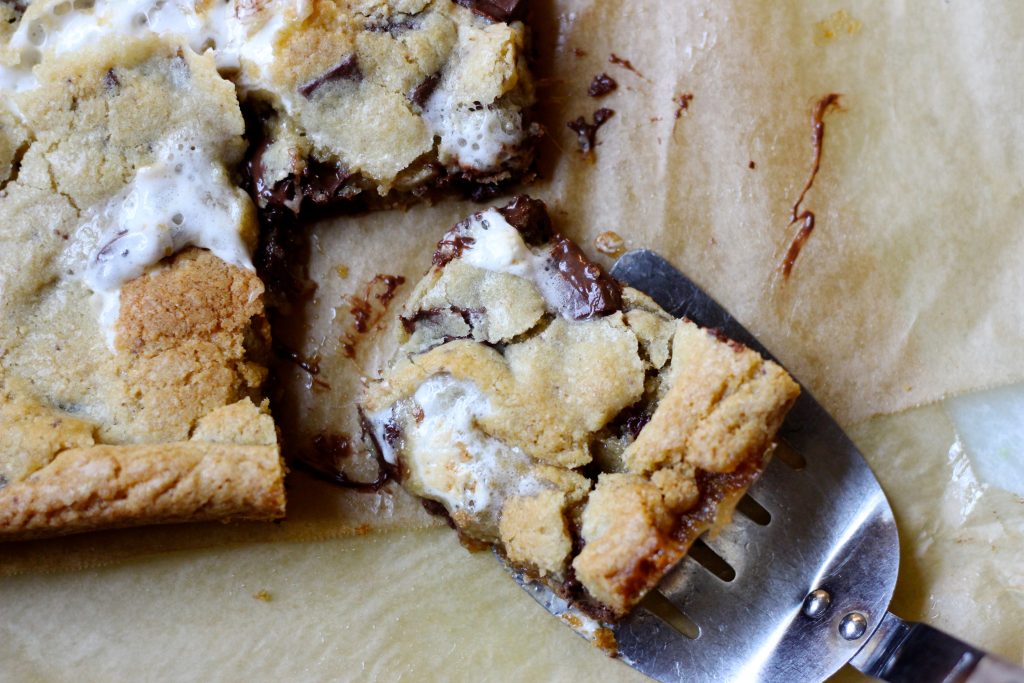 Let’s talk about my love of s’mores.

I am a proud Girl Scout, going to camp when I was a kid, finishing my gold award, and even becoming a nature educator at a Girl Scout camp. I love this amazing organization and the skills it taught me (I know how to pitch a tent, light a campfire with one match, AND how to cook lasagna in a [clean] trash can).

But one of the best things that came out of scouts (besides beneficial life skills and the camaraderie) is S’MORES! What’s a s’more, you may ask? It is a perfectly toasted marshmallow is layered with milk chocolate and sandwiched in between two graham cracker squares. Basically, it’s summer in a dessert.

As much as I love the traditional s’more, it can be messy make and eat (and I also lack a bonfire 10 months out of the year…). So I was looking for a way to enjoy my favorite summertime treat all year round.

And these Decadent S’more Bars were created.

Instead of graham crackers, the marshmallow is sandwiched between chocolate chip cookie dough. After it bakes, there are cracks and crevices on the top of the bars that allow for the marshmallow to ooze out.

Oh, and it is probably the easiest thing to make! The cookie dough is one bowl, doesn’t require chilling, and bakes in under 30 minutes. Summer dessert done.

The recipe starts with a basic chocolate chip cookie base!

In the bowl of a stand mixer, combine room temperature butter, granulated sugar, and brown sugar. Beat until light and fluffy. Add in an egg and some vanilla extract. Beat to combine.

Slowly add in the dry ingredients and mix until just combined. Stir in some chocolate chunks (because why not?!) and then it’s time to build the s’more bars! 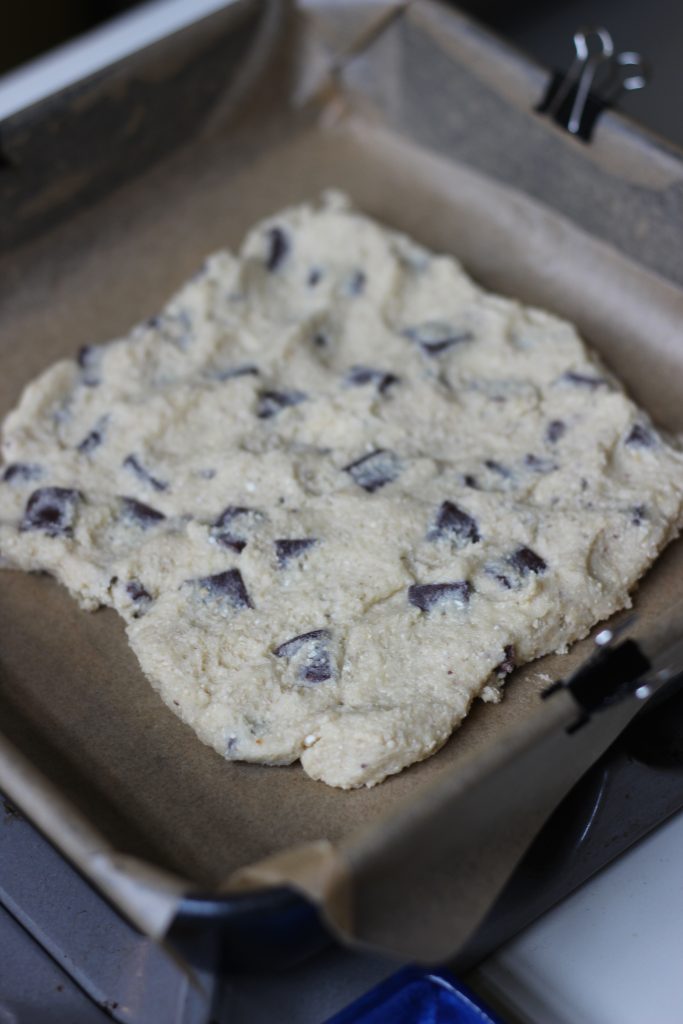 Spread it out into a rough square in a prepared (with a parchment paper sling) 9×9 baking pan.

How do you make a parchment paper sling, you ask? Easy! Place your baking sheet on some parchment paper and cut two strips that are 9 inches in width and about 12 inches in length. Lay one piece of parchment paper in the pan, making sure to snugly align it on the bottom and up the sides to have some parchment overhanging the edge of the pan. Clip it down with small binder clips. Do the same in the opposite direction (so all sides are covered). Now you can remove those oozy, gooey bars without any muss or fuss!

When the first layer of dough is down… 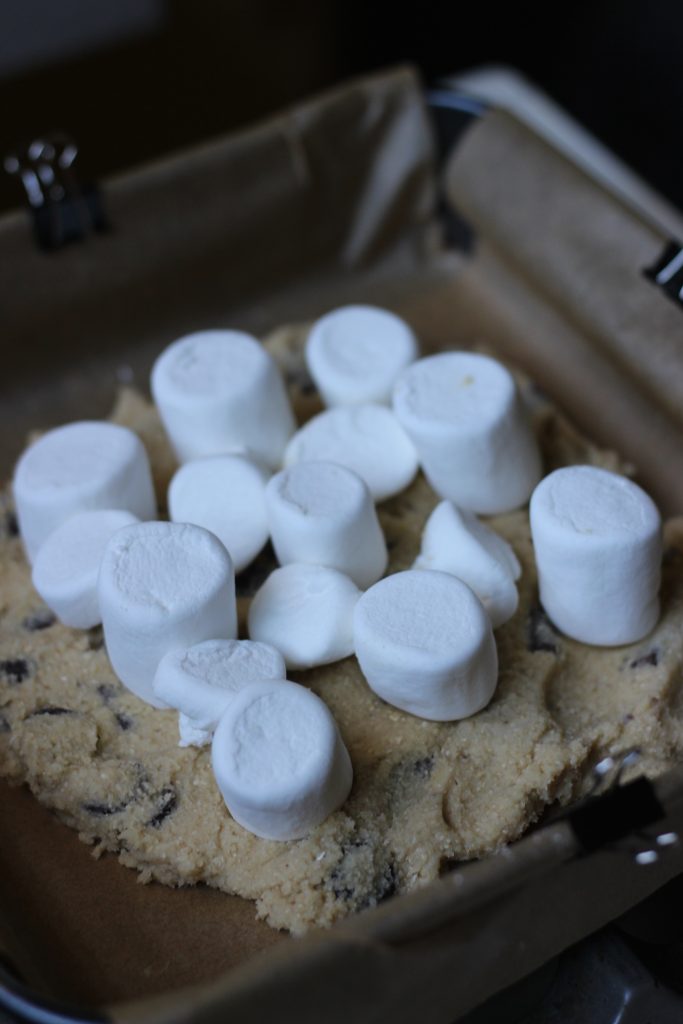 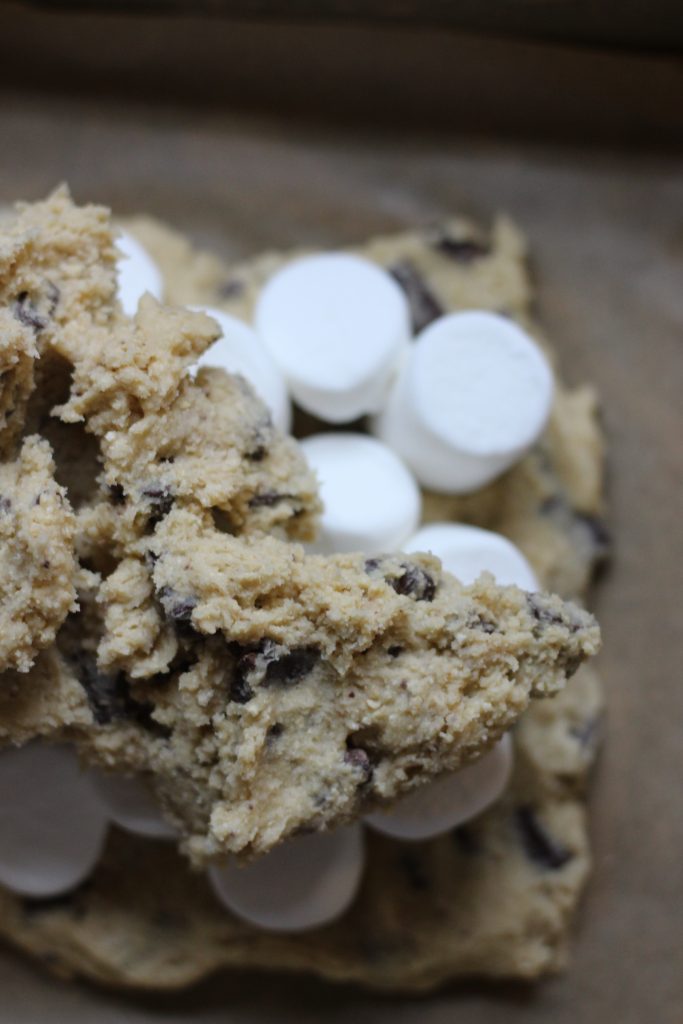 Then add the second half of the cookie dough to the top of the marshmallows and spread it out so everything is covered. 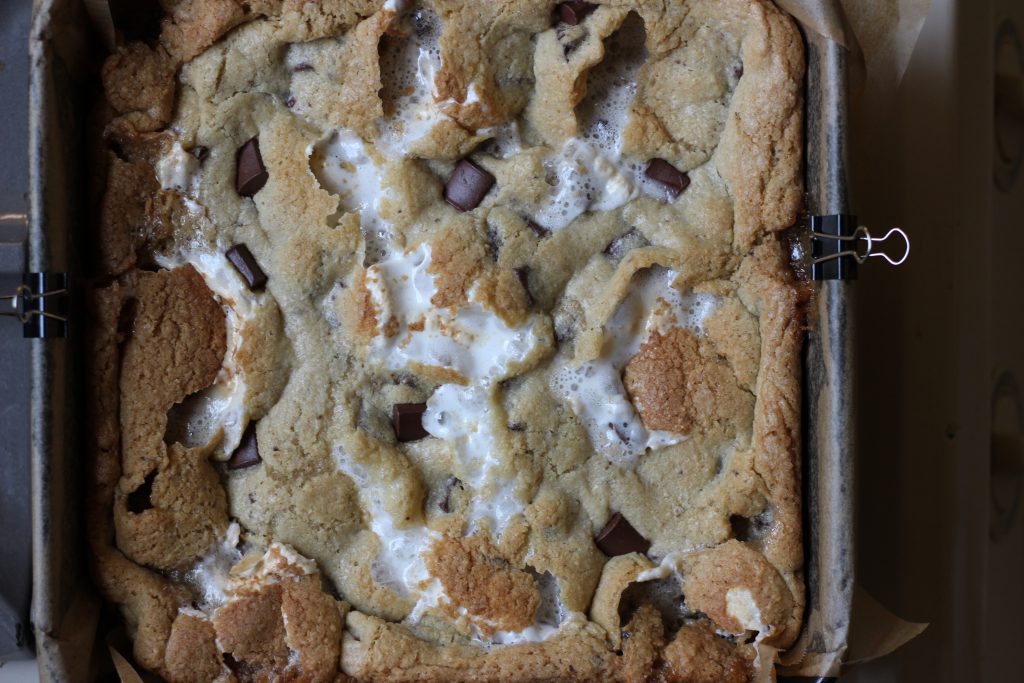 Bake the bars in a preheated 350 degree oven for 20-25 minutes, or until golden around the edges. Allow the cookies to cool before removing from the pan. Cut into squares… 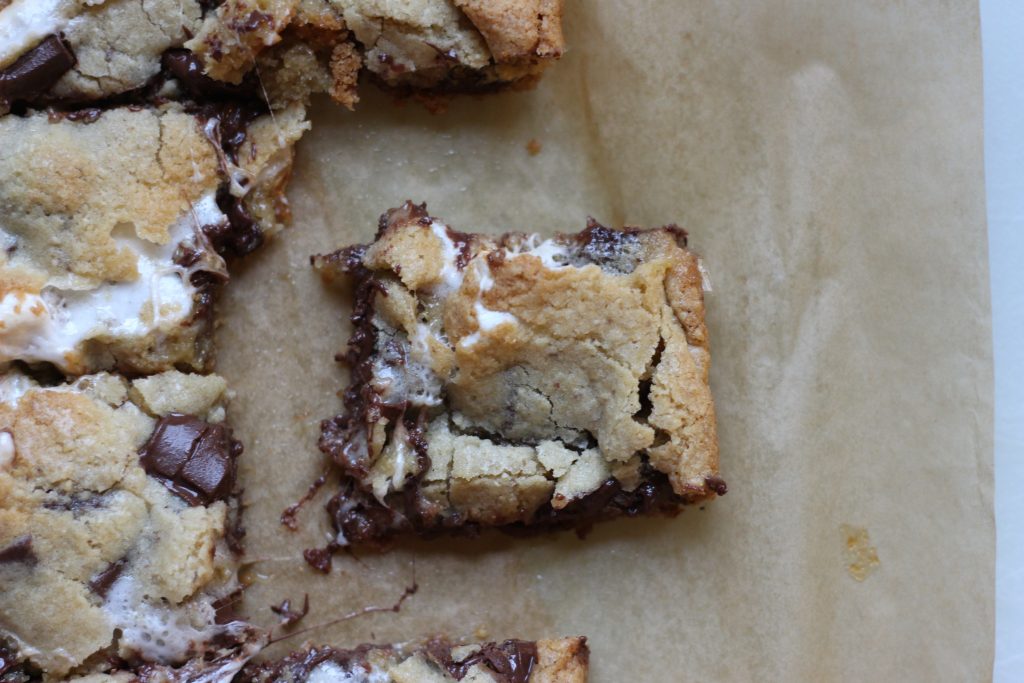 They are soft, decadent, and totally delicious.

A perfect homage to my Girl Scout roots!

So, were you a Girl Scout?

Do you love s’mores as much as I do? 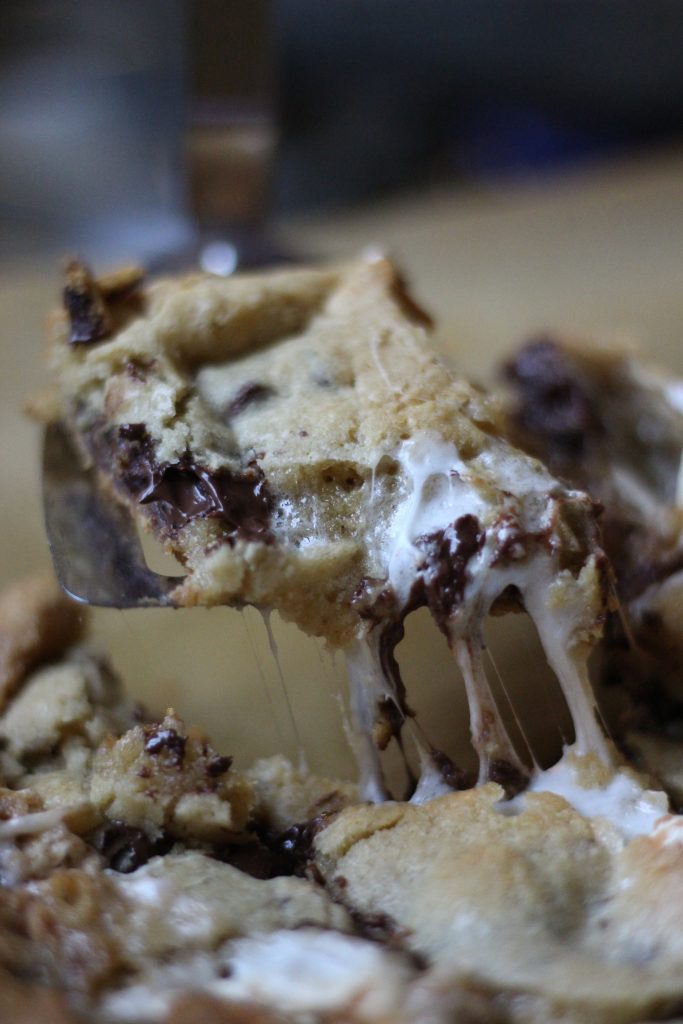