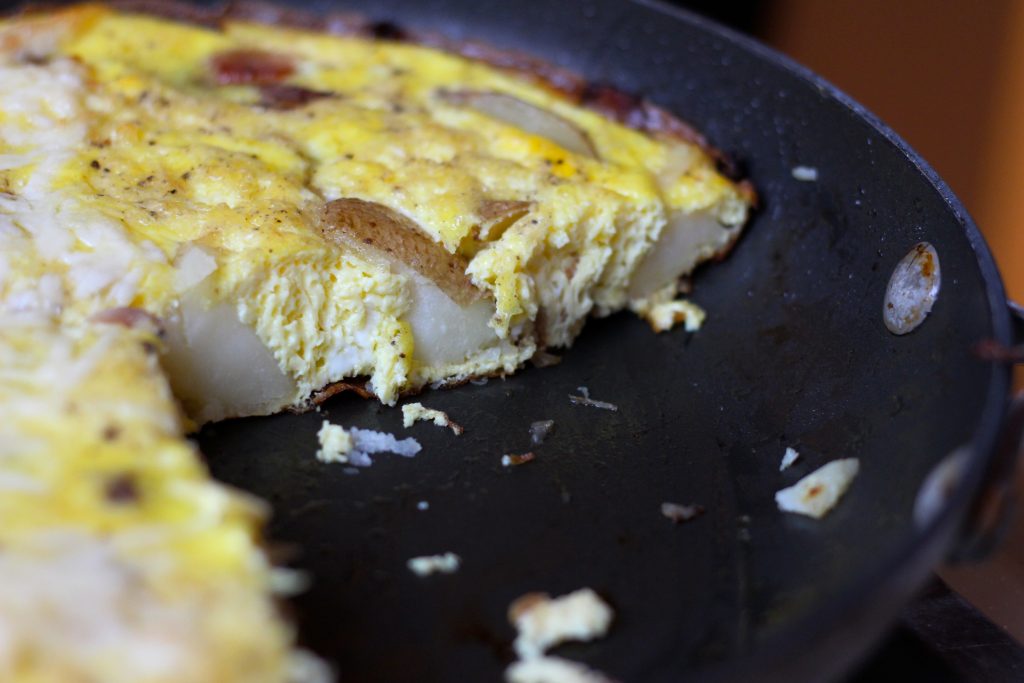 The first time I made frittata by myself was at 6AM on a snowy Monday morning during graduate school. I was taking a food systems class and we had a farm-to-table assignment. We were required to go to the local farmer’s market, buy a local ingredient, and then make a dish to share.

We went to the farmer’s market on Saturday and became extremely dismayed that there was ABSOLUTELY NO FRESH PRODUCE anywhere. The sheds that housed the farmer’s market during the winter were filled with flea market wares, home furnishings, and used clothing. As we were walking back to the car and debating what we could buy at the grocery store to pass off as a farmer’s market buy, I smelt donuts. I followed my nose and found that the farthest shed not only had fresh yeast donuts for sale (!!), but actual produce too! As one friend got carrots and another grabbed potatoes, I walked around looking for something that sparked my creative energy. And I found farm fresh eggs that were literally the size of baseballs. AND. I. WAS. SOLD.

I decided to make frittata, the Italian version of a baked omelet. I cracked the eggs, added in fresh veggies and cheese, and baked it in the oven until puffy and golden brown. It was probably the most nerve-wracking (I was cutting it super close to my 7AM class) and delicious recipe I had ever made in my fledgling cooking career. It turned out so well and was super delicious… and frittata has been my favorite breakfast/brunch dish since!

What makes frittata awesome is that it is a kitchen sink dish. Leftovers make amazing fillings, giving new life to those lingering veggies/meats/cheeses in your fridge. When we had a bit of onion and roasted potatoes left in the fridge, we all decided that a Western Frittata would be the perfect breakfast on a cold morning.

It starts with the flavorful filling. 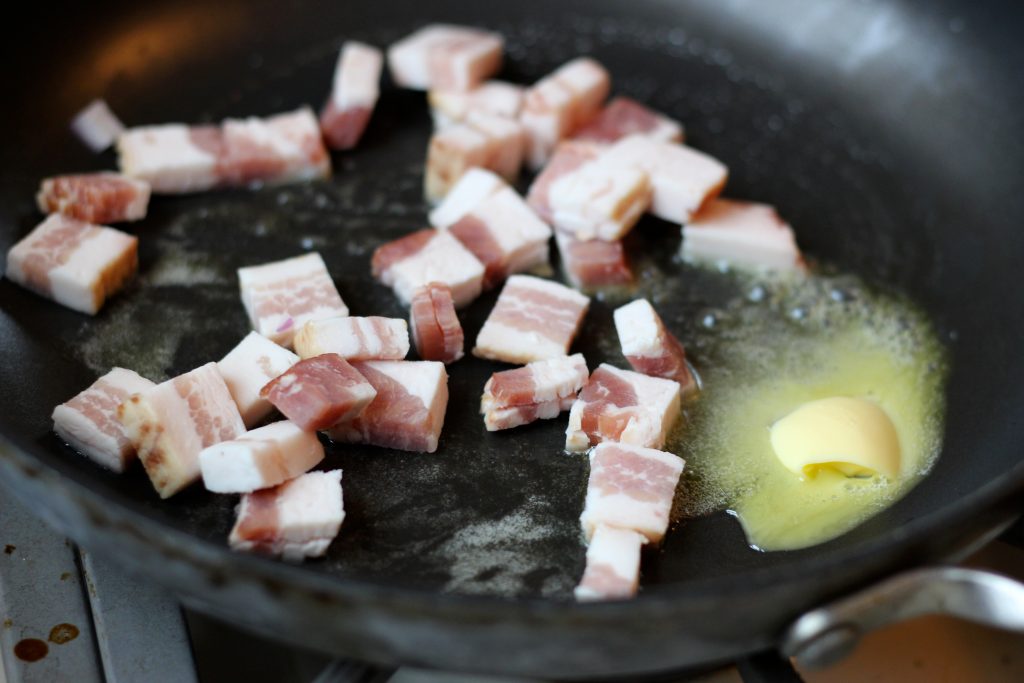 In a non-stick, heat-proof skillet (this one is a 10-inch skillet), combine some butter and two slices of bacon (that has been diced). Cook until the bacon is almost crisp. 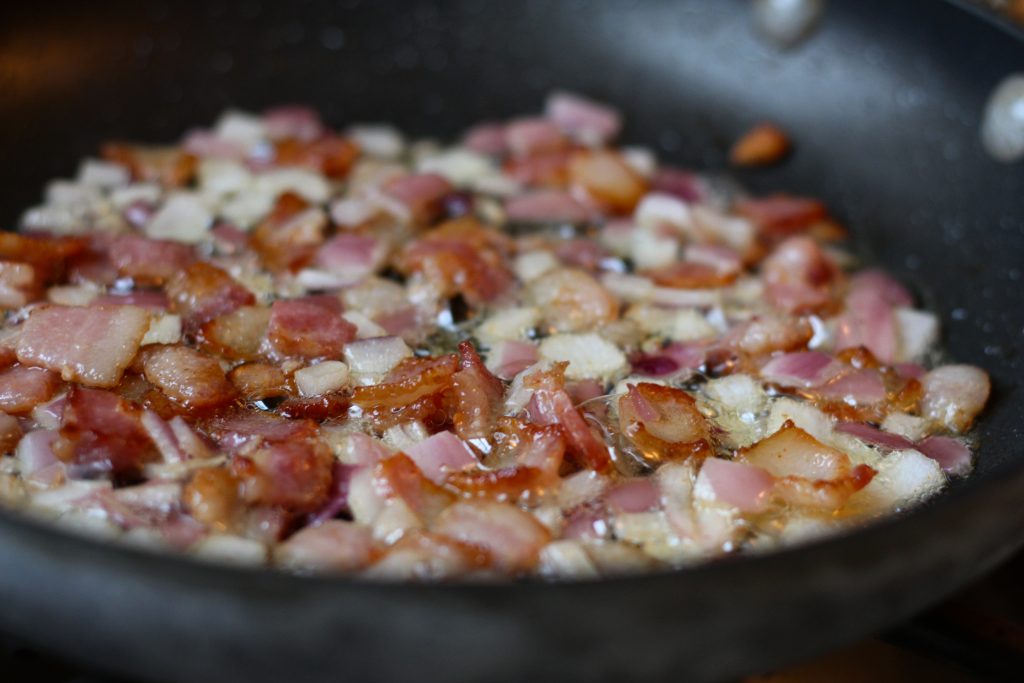 When the onion is translucent, then it’s time to add the last filling ingredient. 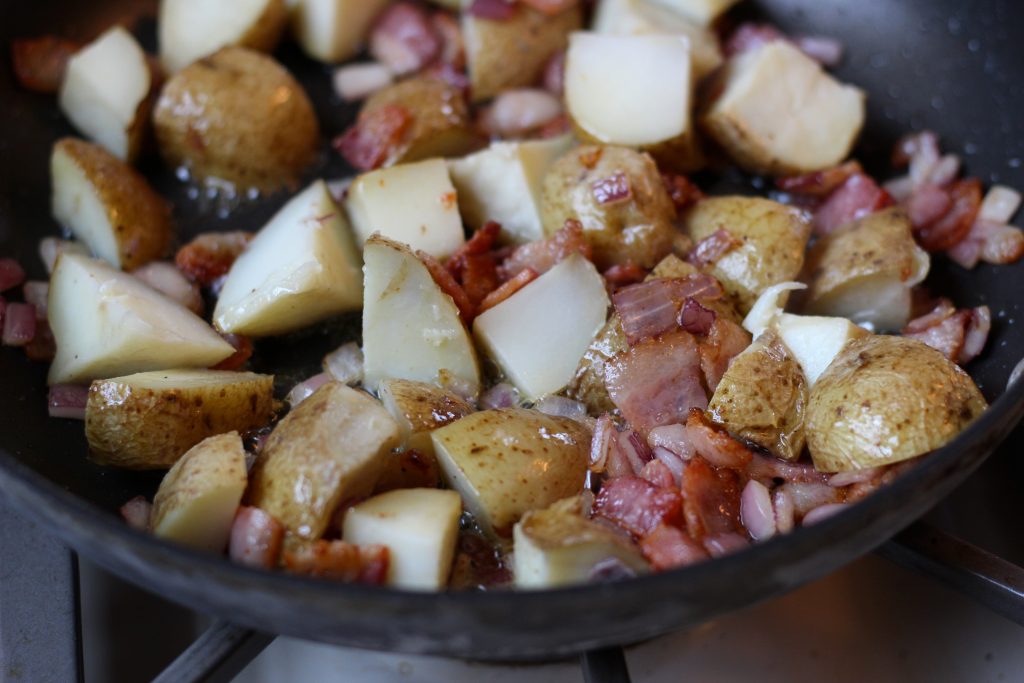 The roasted potatoes! We cut them down a little bit but decided to keep them a little larger so they would really make a present. Continue to cook the filling to allow the potatoes to start to brown slightly. Then spread the mixture into a single layer on the bottom of the pan, making sure to distribute the ingredient evenly. 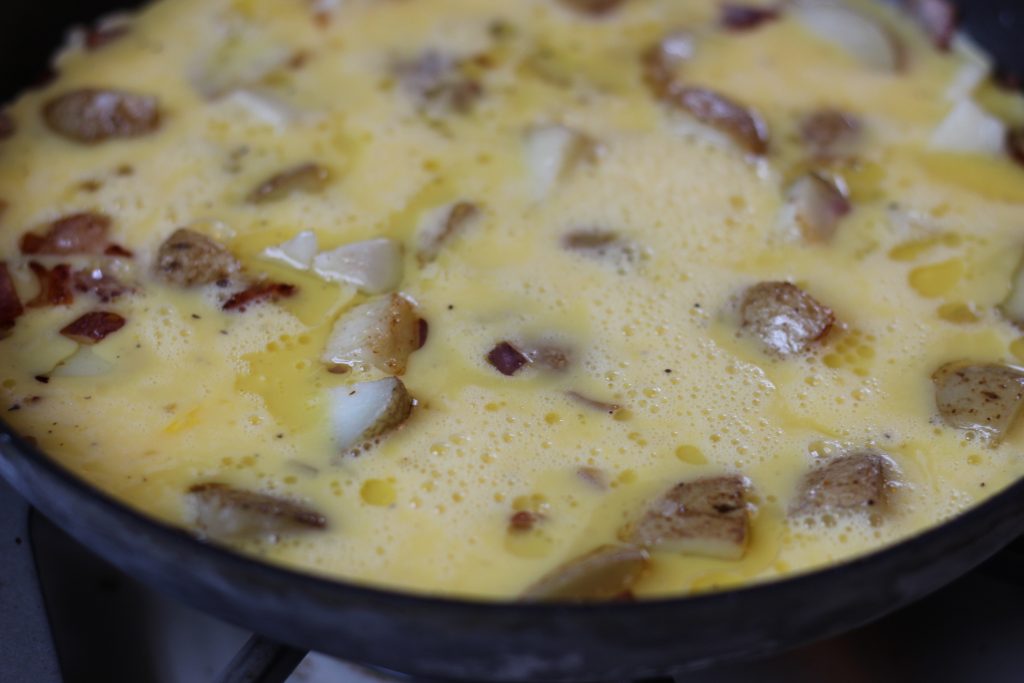 Then pour over the egg mixture (eggs + skim milk + salt + pepper). Make sure to evenly pour the mixture over the filling to make sure every nook and cranny is filled. Allow the eggs to continue to cook on the stove until the edges start to look firm. If you want to sprinkle some cheese over the top, now’s a good time to do so (we only put on half the frittata!). Pop the skillet into a preheated 350 degree oven and bake for 15-20 minutes until the eggs are set and the top is brown and puffy! 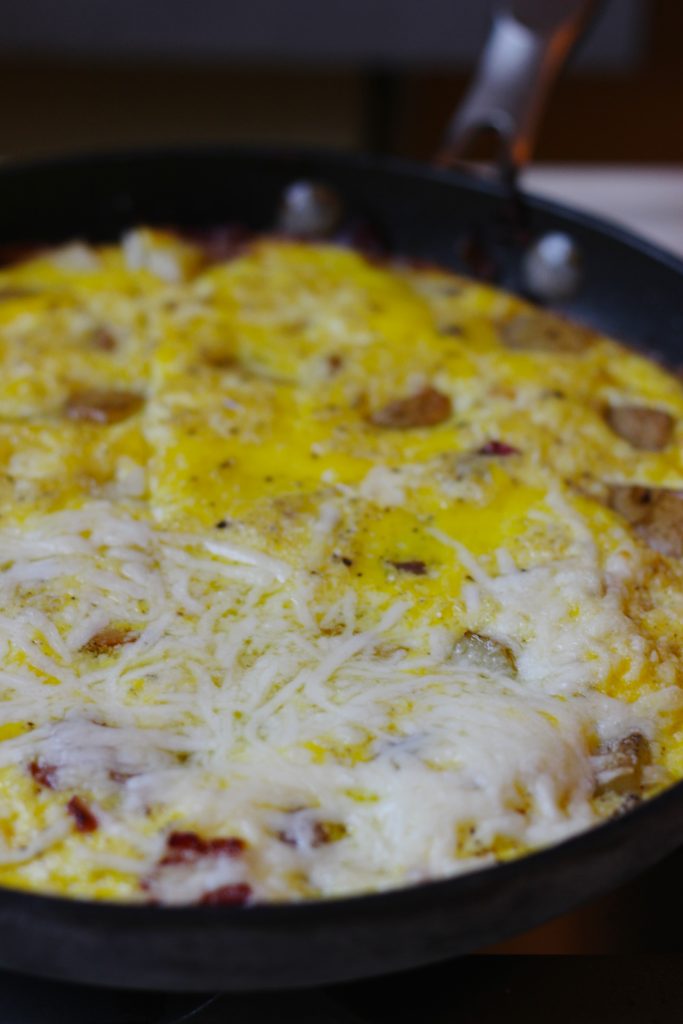 Serve immediately alongside some fruit for breakfast or a little green salad for lunch/dinner! 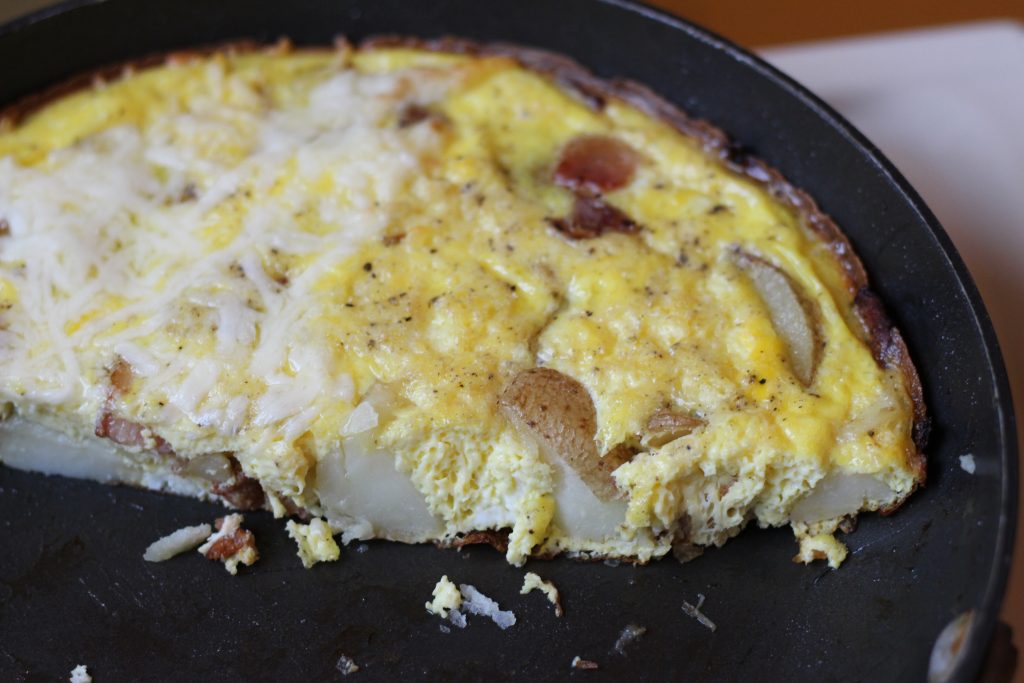 Definitely a great way to start the day.