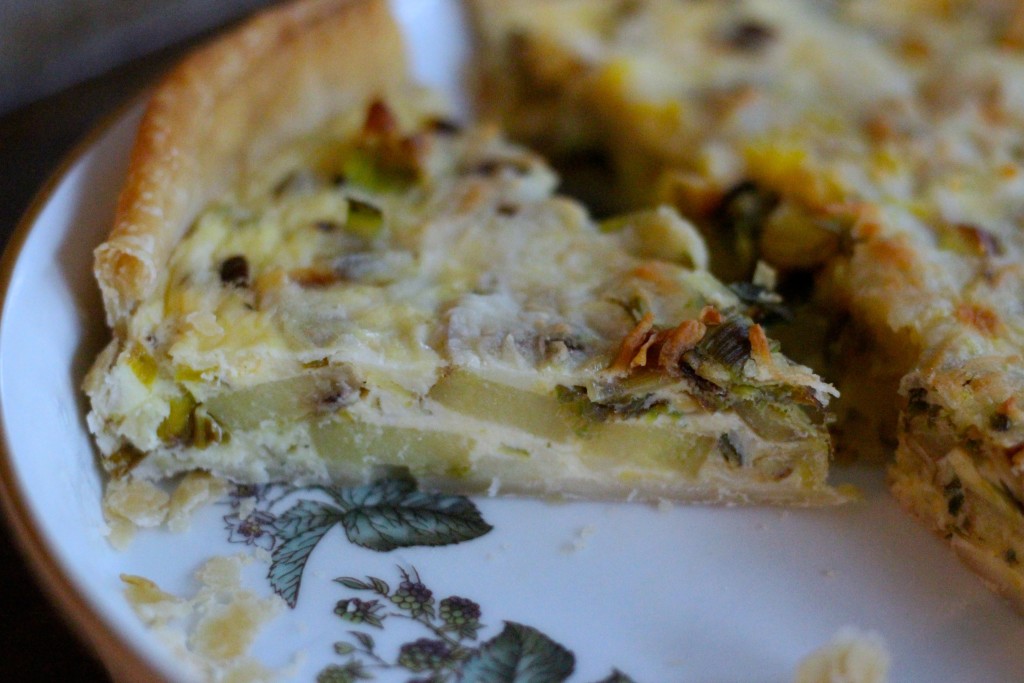 Leftovers are very… interesting. People either love them, hate them, or love the challenge of transforming them into something else. I love nothing more than trying to take leftovers and create them into a whole different dish. But while dinner leftovers are one thing, what about those random leftover INGREDIENTS hanging out in the back of the fridge?

Like that half-empty tub of Greek yogurt, that random onion half, or that small portion of leftover rice from last night’s dinner.

Like that one leftover pie crust, that one leek, those three mini baked potatoes, and that slightly limp bunch of thyme hanging out in my fridge…

After a little thinking and some internet searching, my mom and I decided that all those ingredients would make the most delightful Rustic Leftover Leek and Potato Quiche!

And it starts with the crust of the quiche. 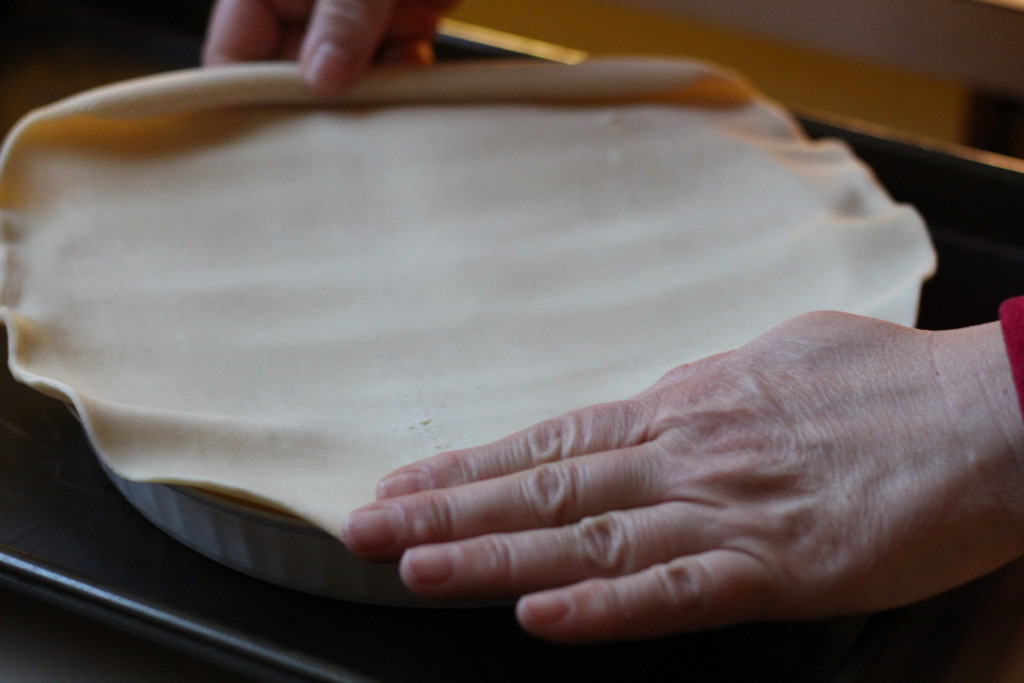 PS: I hate crimping. So I didn’t! The un-crimped edge give the quiche a delightful rustic appearance, which I think gives the quiche a really nice look. 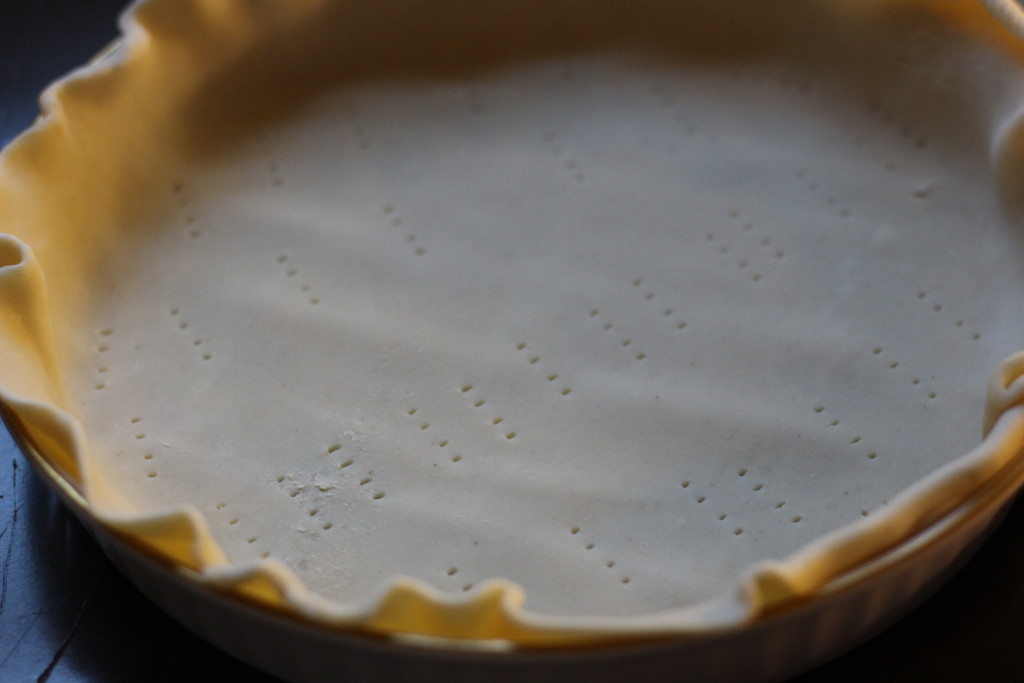 When the crust is in the pie pan, using a fork, dock the crust… basically, poke a bunch of little holes in the bottom of the crust. 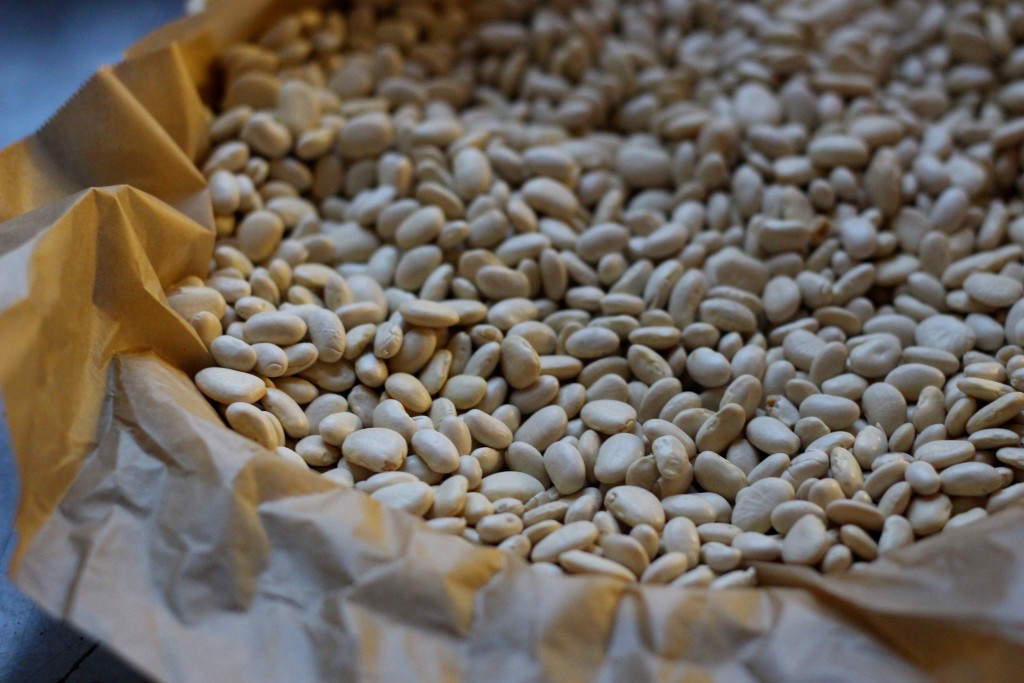 A note about using dried beans as pie weights. This is a great inexpensive alternative to traditional pie weights, plus you can use the beans over and over again! Just be sure to cool the beans completely before storing in a labeled ziptop bag or container… because you DO NOT want to eat these beans! (they’re inedible at this point)

While the crust is cooling, whip up the filling for the quiche! 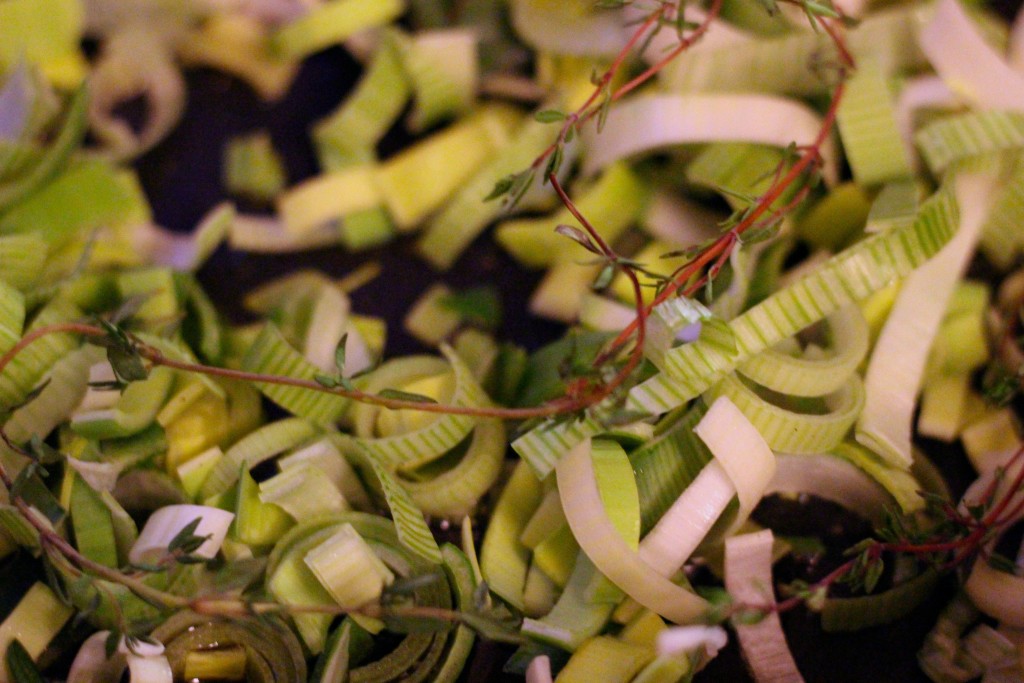 In a large skillet, heat some olive oil over medium heat. Toss in one sliced leek (the white and light green only, please!) and a couple sprigs of fresh thyme. Cook the leeks until golden and tender, about 4-5 minutes. 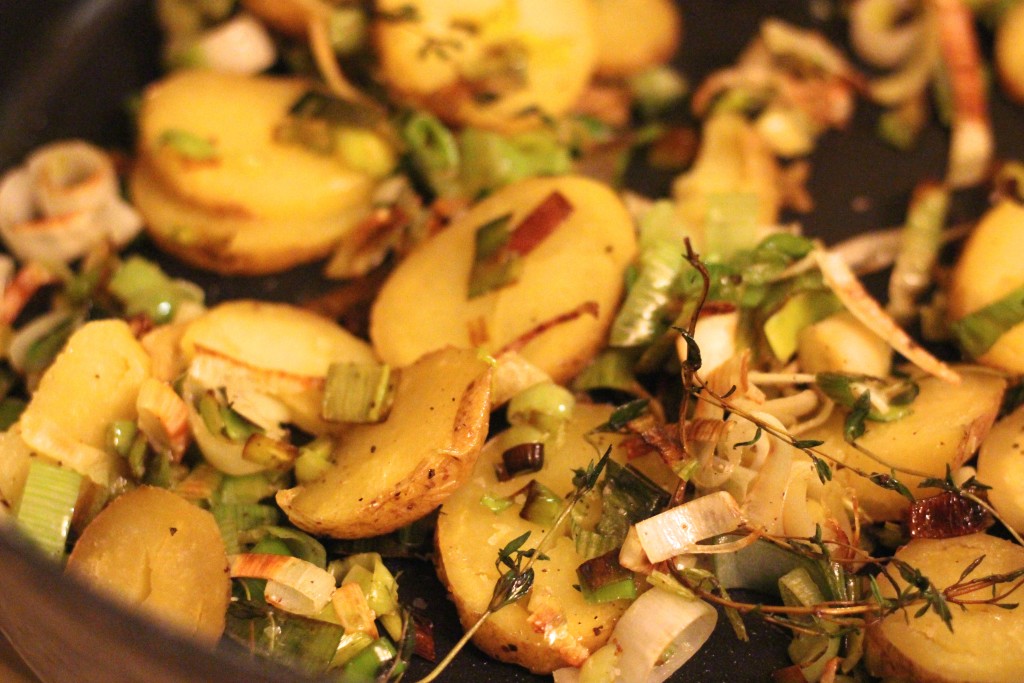 When the leeks are tender, add in some sliced potatoes. These are leftover mini baked yukon gold potatoes that were hanging around the fridge. Gently toss the potatoes in the skillet, allowing them to warm through but keeping the slices intact. Season the filling with salt and pepper to taste. 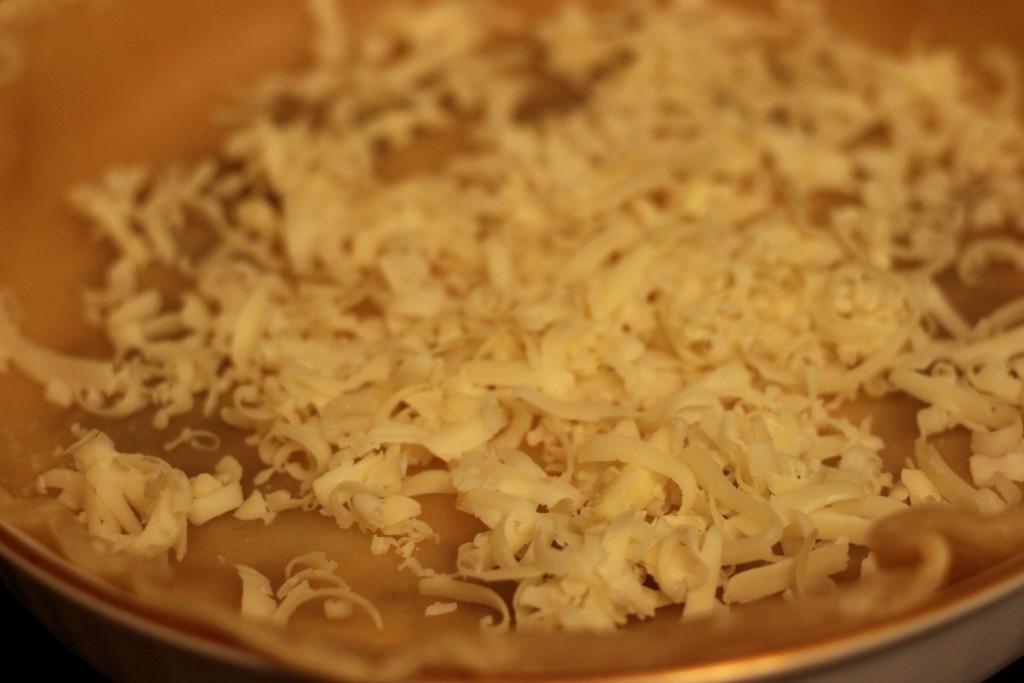 Add a light sprinkling (about a quarter of a cup) of sharp cheddar cheese on the bottom of the pie crust. 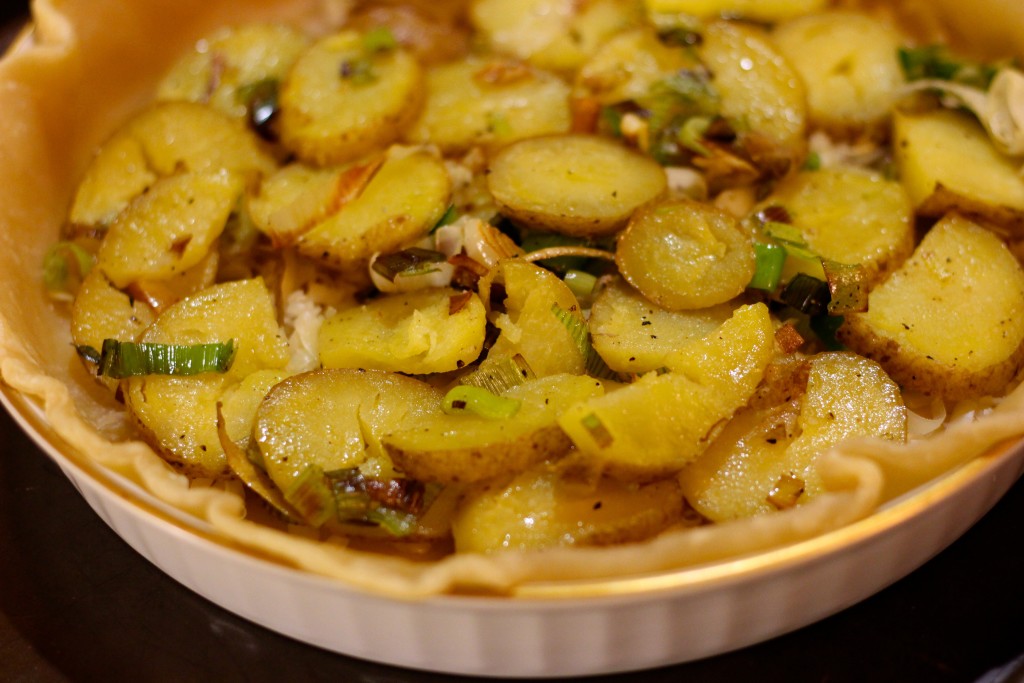 Then gently layer the potatoes on the bottom of the pie crust. 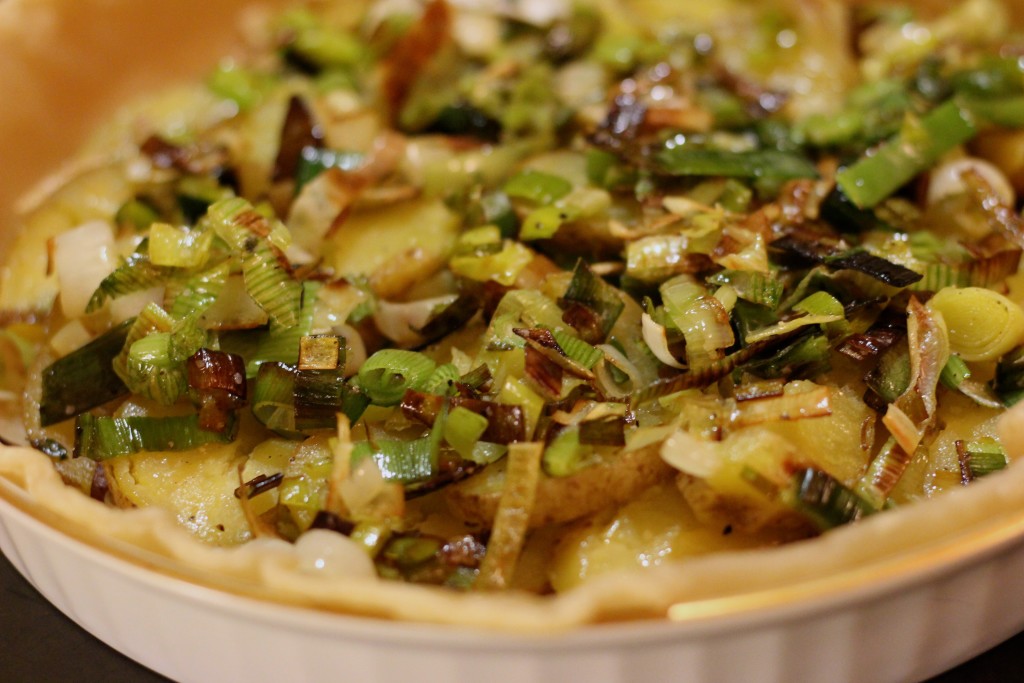 And then add the leeks, making sure to remove the thyme stems. 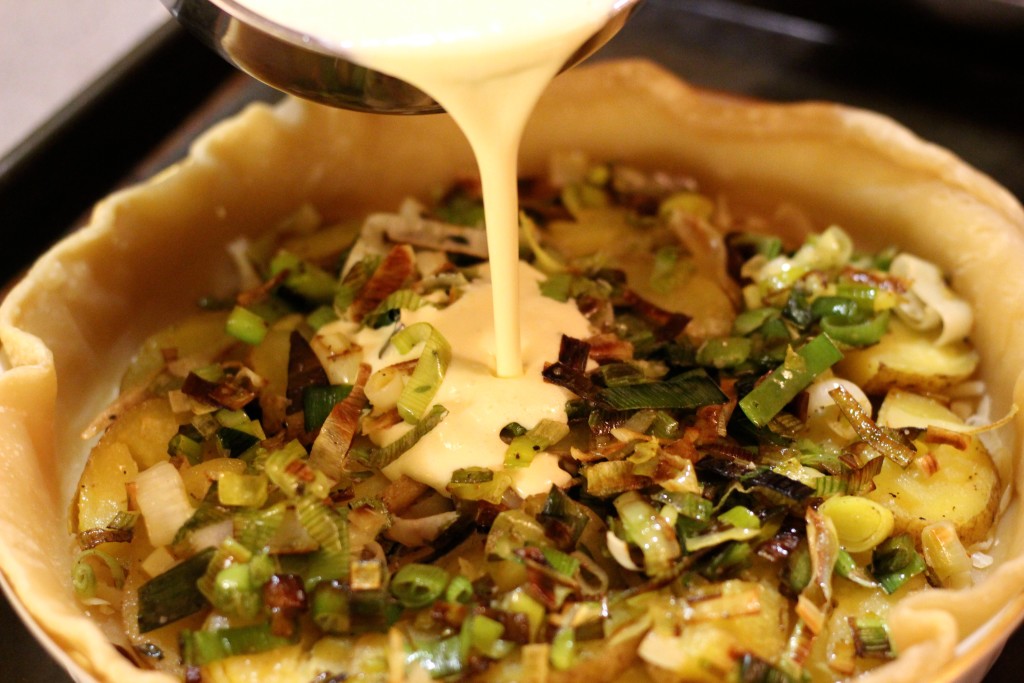 Finally, pour over the egg custard – four eggs beaten with a cup of cream and seasoned with salt and pepper. 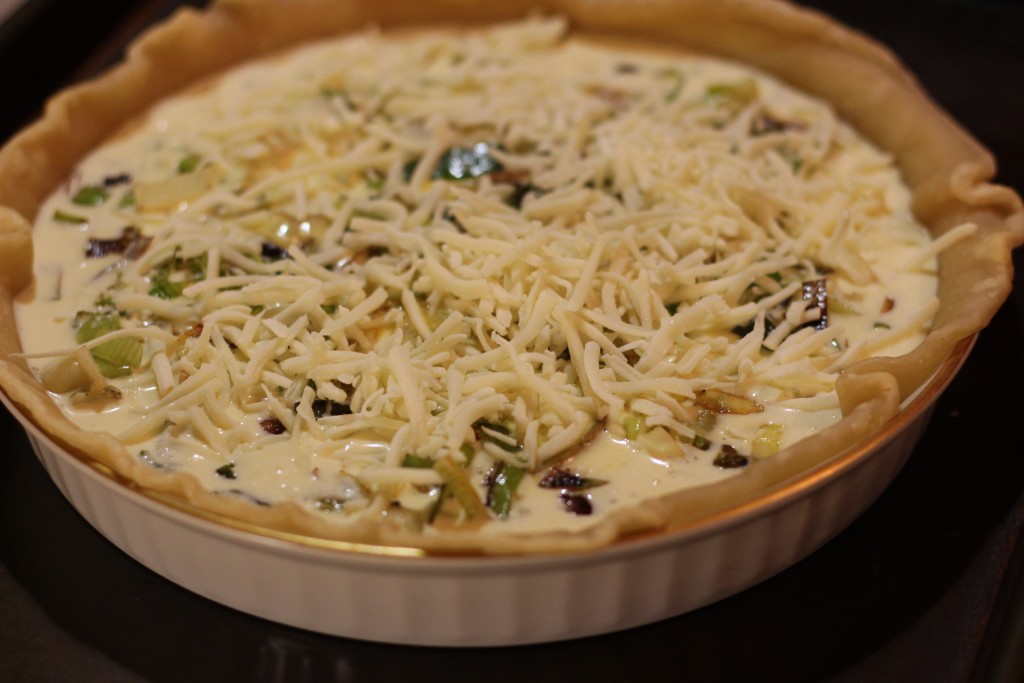 Add a bit more cheese to the top of the quiche and then pop the quiche into the oven to bake for about 30 minutes until the quiche is set in the middle. 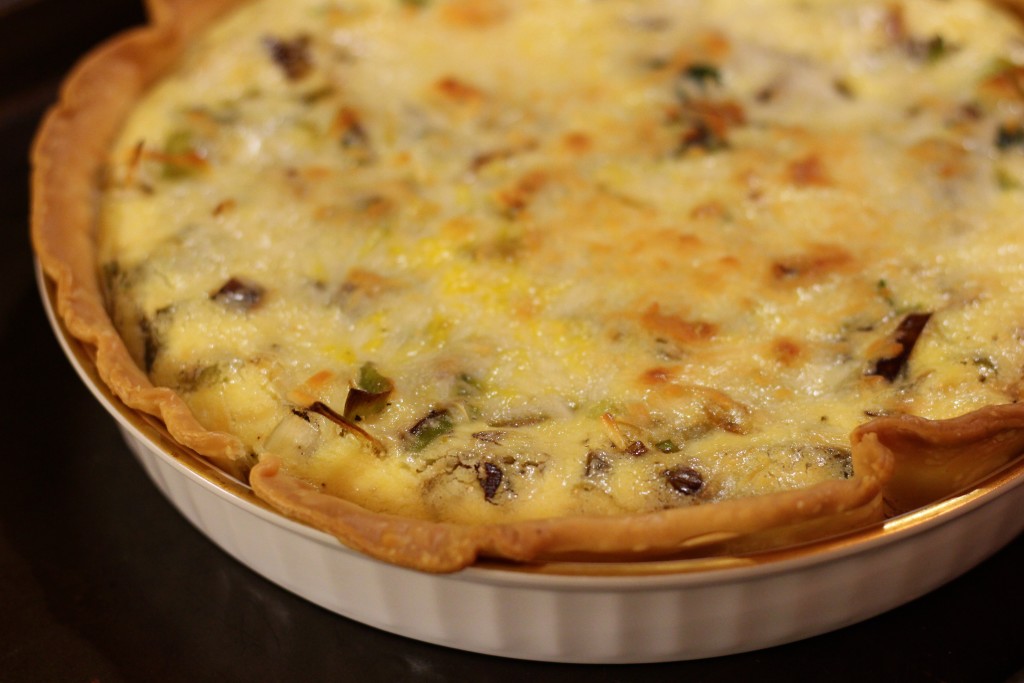 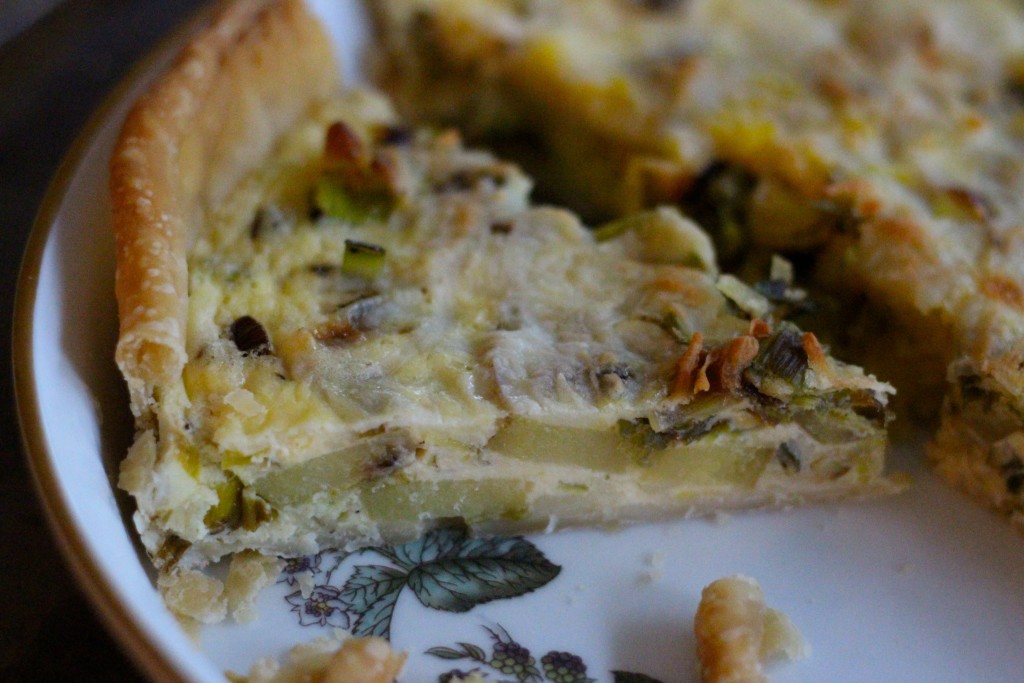 Cut into wedges and enjoy!

What a delicious way to enjoy leftovers!

So, kiddos, how do you use up leftover ingredients? Let me know!