Thanksgiving is probably my favorite holiday.

The time to reflect on the blessings in my life.

I also love the time spent with my family in the kitchen. My mama is the most incredible cook and I just love being in the kitchen with her and learning from her. It seems like she makes Thanksgiving dinner appear out of thin air. Gravy that is perfectly smooth? Check. Cranberry sauce that is both sweet and tart? Check. A perfectly golden brown bird that is tender and juicy? Double check!

But, when it comes to Thanksgiving, dessert is my forte. Pies, crumbles, and tarts – I’ve made it all. We are heading up to my sister’s this Thanksgiving, so portability is a priority this year. While an apple pie will most likely make it up in one piece, I wanted a dessert that had all the flavor in an easy to transport package.

They are super cute, super easy to pack, and have all the flavor of the holidays!

Oh, they also have a whiskey glaze on top. (and if that isn’t festive, I don’t know what is!)

The bundt cakes start with an apple pureed mixture. 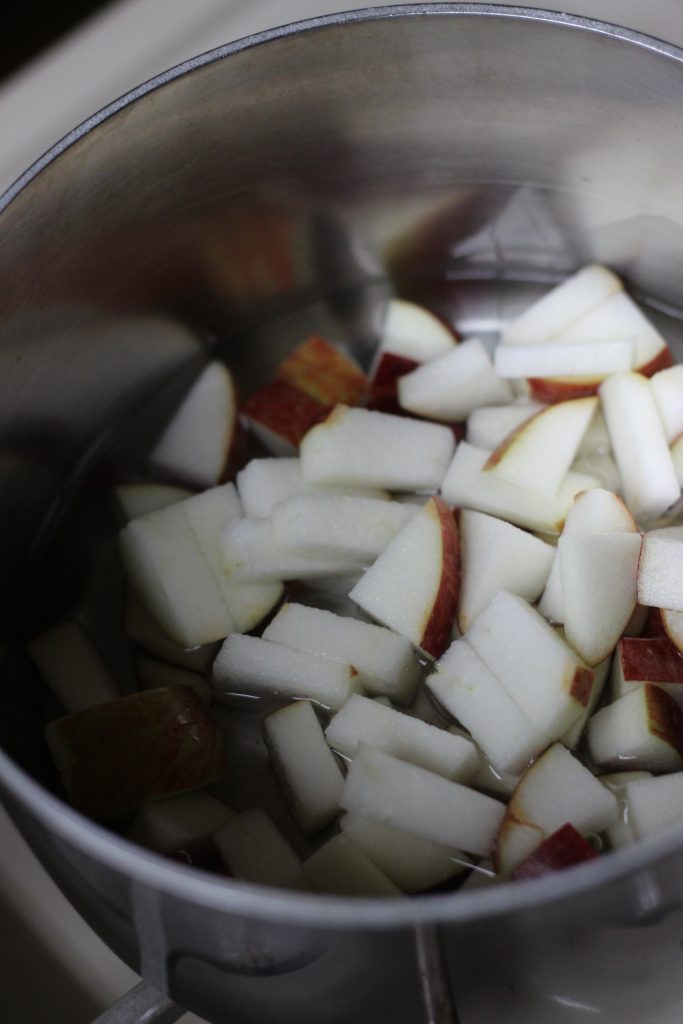 In a small sauce pan, combine diced apples (I kept the skin on) and water. I brought the mixture to a boil and simmer until the apples are tender. 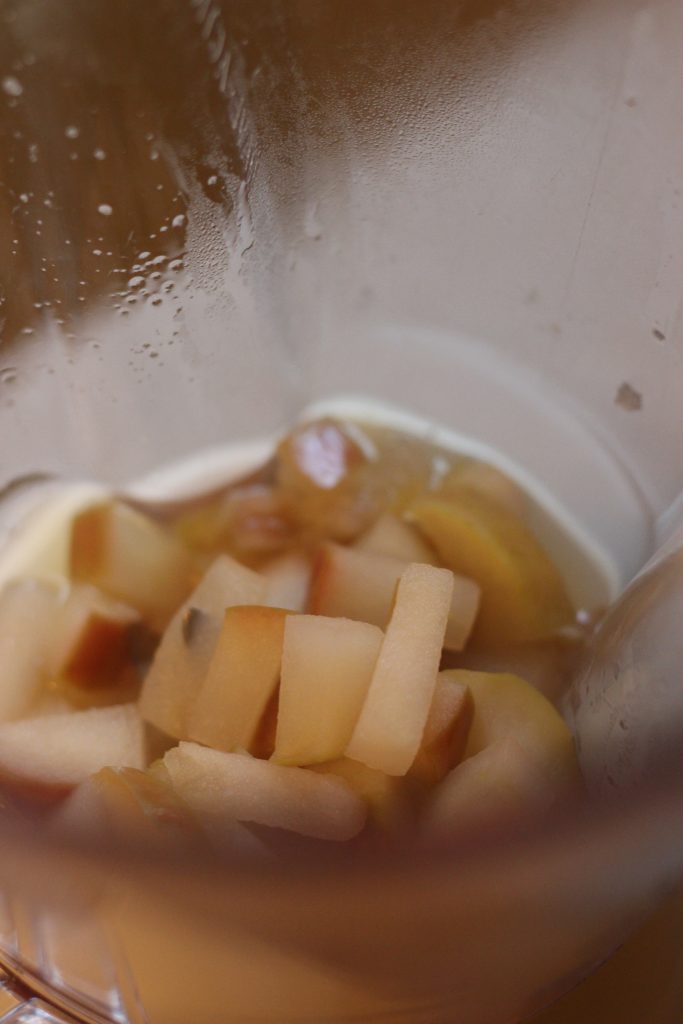 Pop the apples into a blender and blend until smooth. Portion out one cup of the apple mixture – if there isn’t enough, add enough water to make a cup. Add in a splash of whiskey… just because.

Then mix up the dry ingredients.

Flour, baking powder, baking soda, salt, cinnamon, and nutmeg. I added extra baking powder because I used applesauce instead eggs in this recipe and needed a little extra leavening. Whisk all the dry ingredients together.

Then grab your stand mixer and cream together butter, granulated sugar, and brown sugar. Pop some applesauce, some greek yogurt, and vanilla extract. Mix until combined. 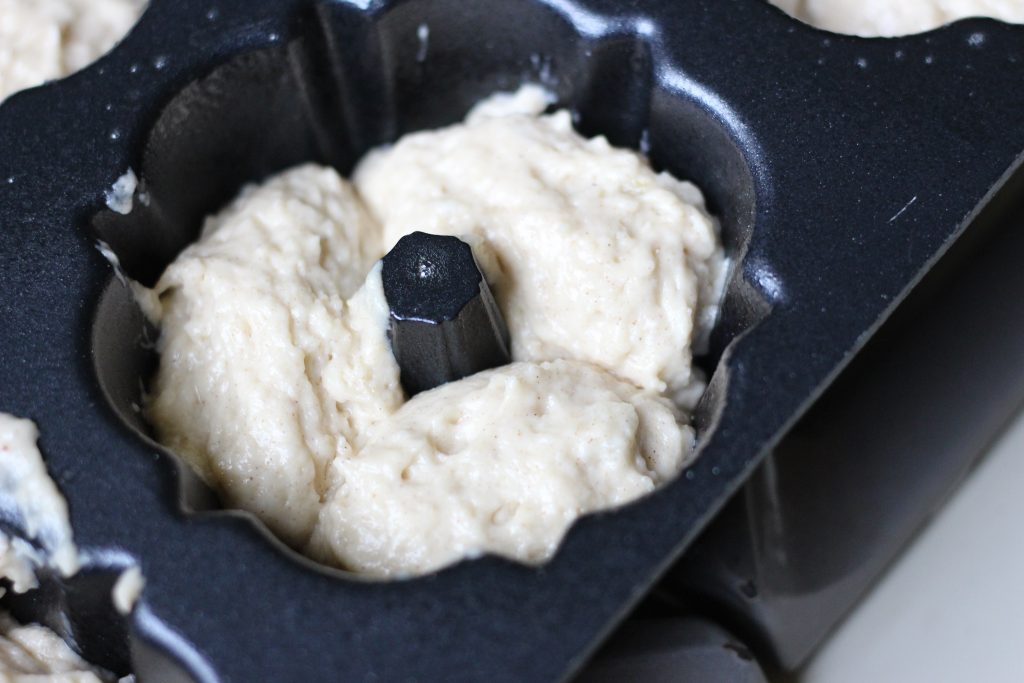 With the mixer on low speed, alternate adding in the dry mixture with the apple puree. When the batter is completely mixed, portion out batter into an individual greased individual bundt pan. 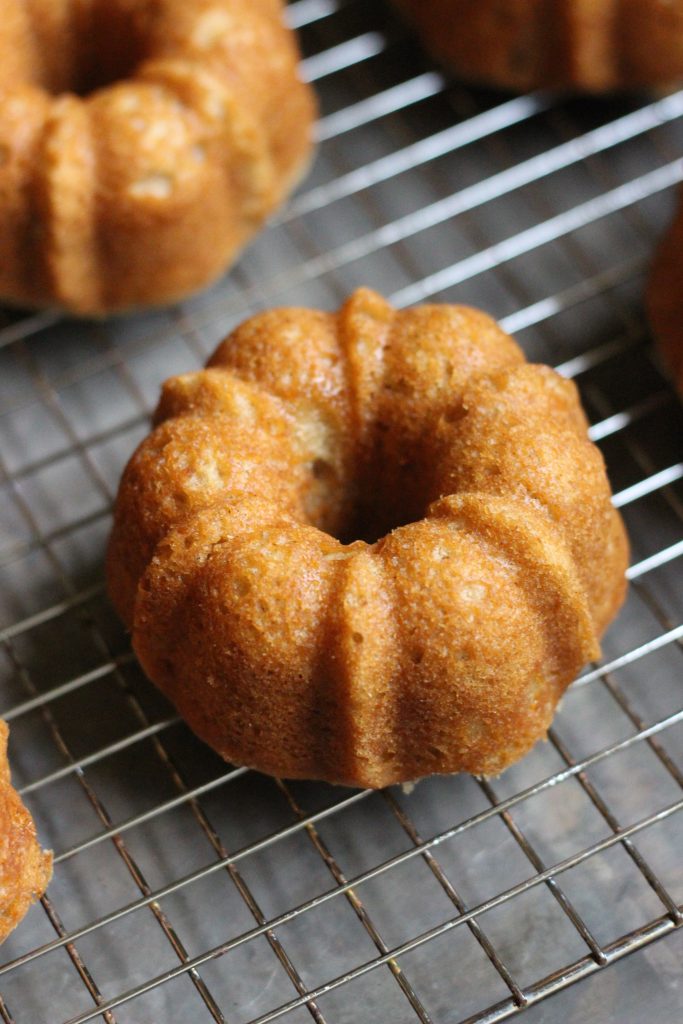 Remove the cakes from the bundt pan and allow them to cool before glazing!

And the glaze is probably the simplest thing ever. Whiskey + milk (or water) + powdered sugar. Mix until a pourable glaze is formed and drizzle over the cooled cakes right before serving. 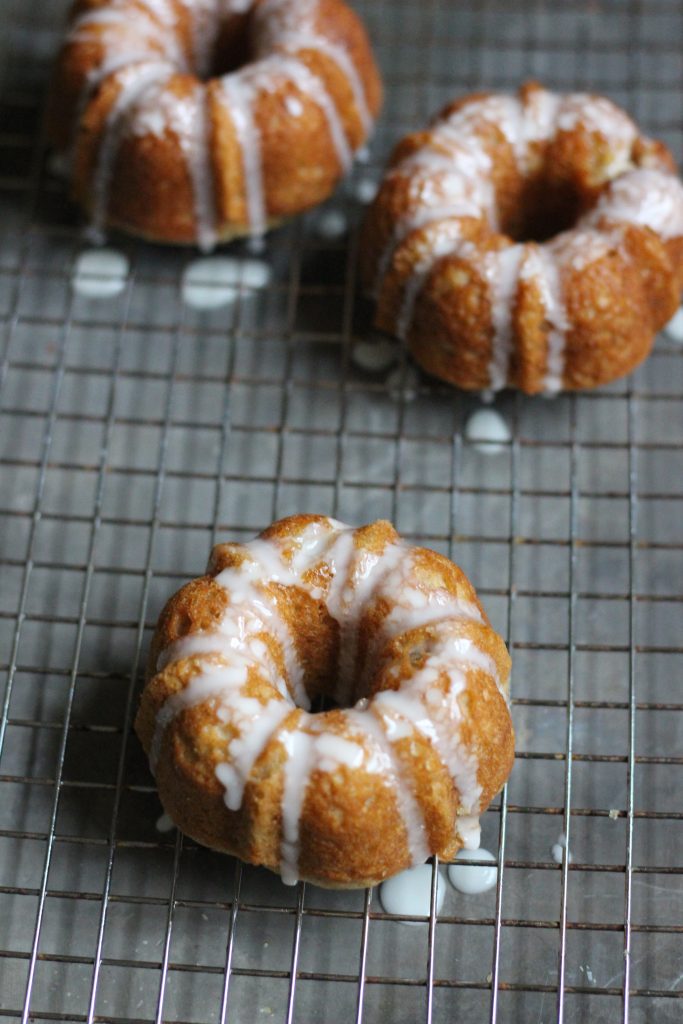 The perfect apple dessert that is made to be taken on the road this holiday season.

Wishing you a happy and healthy holiday! 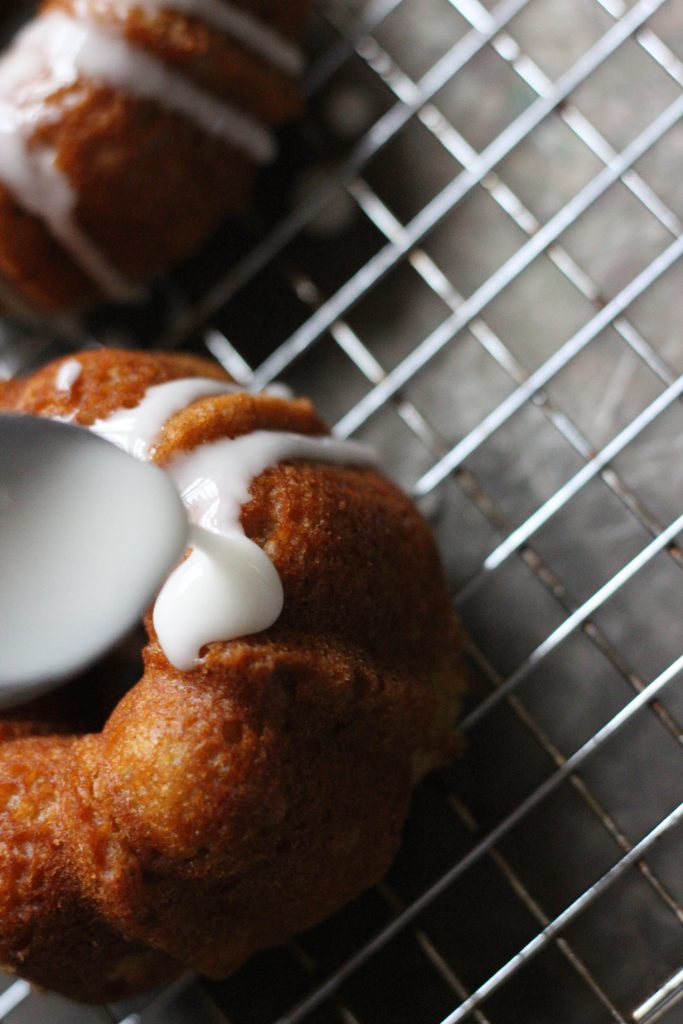