Late February has always been one of my favorite parts of the year because there are signs that spring is coming (the lengthening days, flowers appearing in abundance at the store) and there are still reminders that winter is still here (the occasional snow flurry, the baskets overflowing with fresh citrus at the store). So this weekend, I wanted to combine everything that I love about this time of year (fresh citrus and sunshine) and turn it into a breakfast dish.

And Sunburst French Toast was born!

This spin on my classic Challah French Toast combines the traditional flavors of the original with a big orange punch from a lot of delicious orange zest, Grand Marnier, and a delightful orange sauce that goes over the top. If this isn’t sunshine on a plate, I don’t know what is!

This is how you make it.

… and slice it into slices. Yum!

To make the custard portion of the french toast, combine eggs, skim milk, some cinnamon and nutmeg.

While I normally splash in some vanilla to this custard to give the french toast great flavor, I decided to amp up the orange flavor. 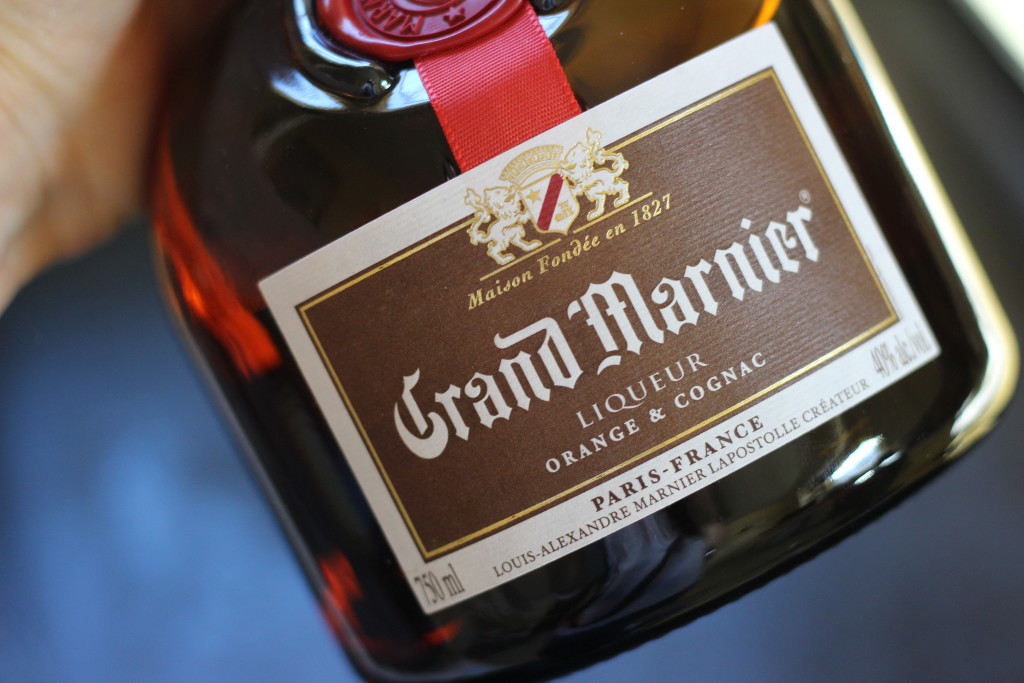 And add in some Grand Marnier. This is a delicious orange liqueur that adds a great orange element to the dish. I also added in some orange zest to really hit that orange flavor home.

Then grab your challah bread.

Place the challah bread into the baking dish with the egg mixture.

Using a fork, pierce the surface of the bread so the egg mixture can completely soak through the bread. Let the bread hang out in the mixture while you heat up your skillet.

Grab your pancake griddle (or any large skillet) and set it over medium-low heat.

When the griddle gets hot, either coat with some butter or non-stick cooking spray – your preference.

And then the French toast gets placed onto the griddle.

Since the challah bread is cut relatively thickly ( ½- to ¾-inch thick pieces), I really want to cook it over medium-low heat. I want to make sure the middle cooks through before the edges burn. It takes a little longer, but it is totally worth it.

I usually start taking a peek at the bottom of the French toast after 2 minutes.

And flip over when it becomes delightfully golden brown.

While the french toast is cooking, it is the perfect time to whip up the sauce that goes on top of the toast.

In a small saucepan, combine half a cup of simple syrup (equal parts sugar and water brought to a boil until the sugar dissolves and then cooled – I always have it in my fridge to add to drinks, salad dressings, or to make orange sauce!) and some orange juice. 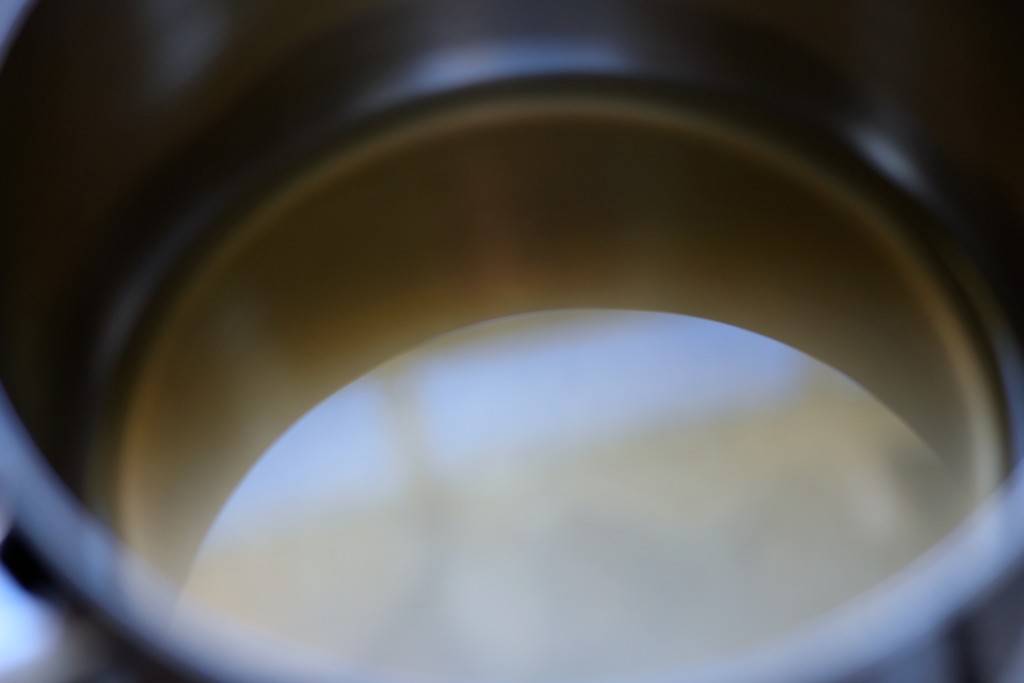 Bring the mixture to a boil and cook for 2-3 minutes until it starts to thicken slightly.

While the mixture is boiling, peel up a couple of Cara Cara oranges.

I love these pink oranges – they are just as sweet as a naval orange but have a lovely rosy hue. To cut into rings, I lop off the top and bottom so I have a firm surface to sit the orange on and then carefully slice the peel off the orange from the top to the bottom. 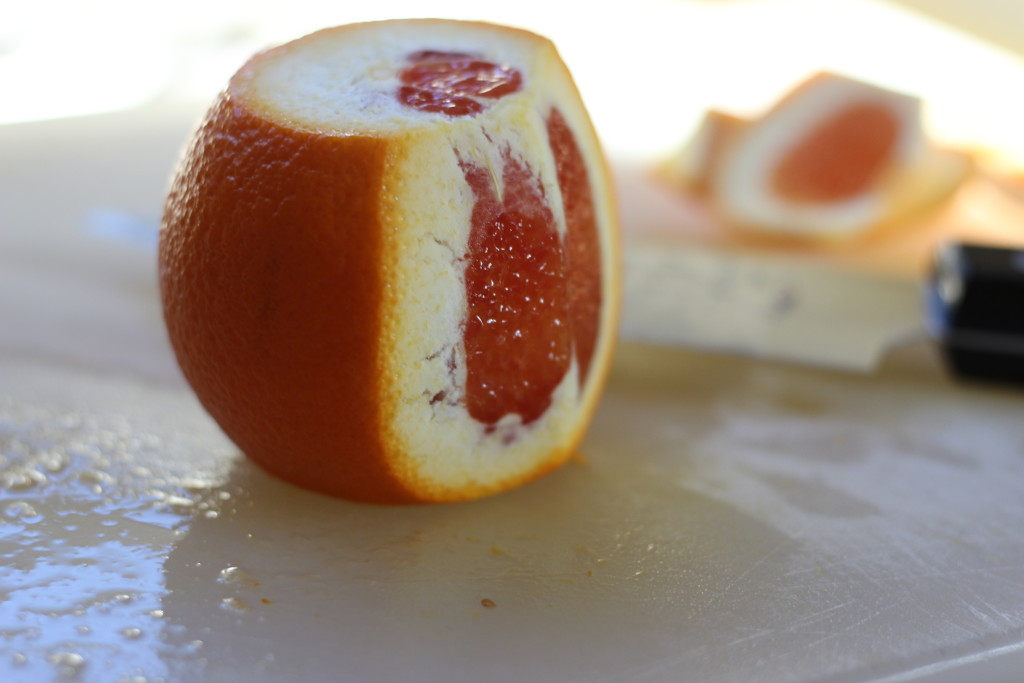 Make sure you get as much of the white pith off as possible. (clearly I was not doing the best job) 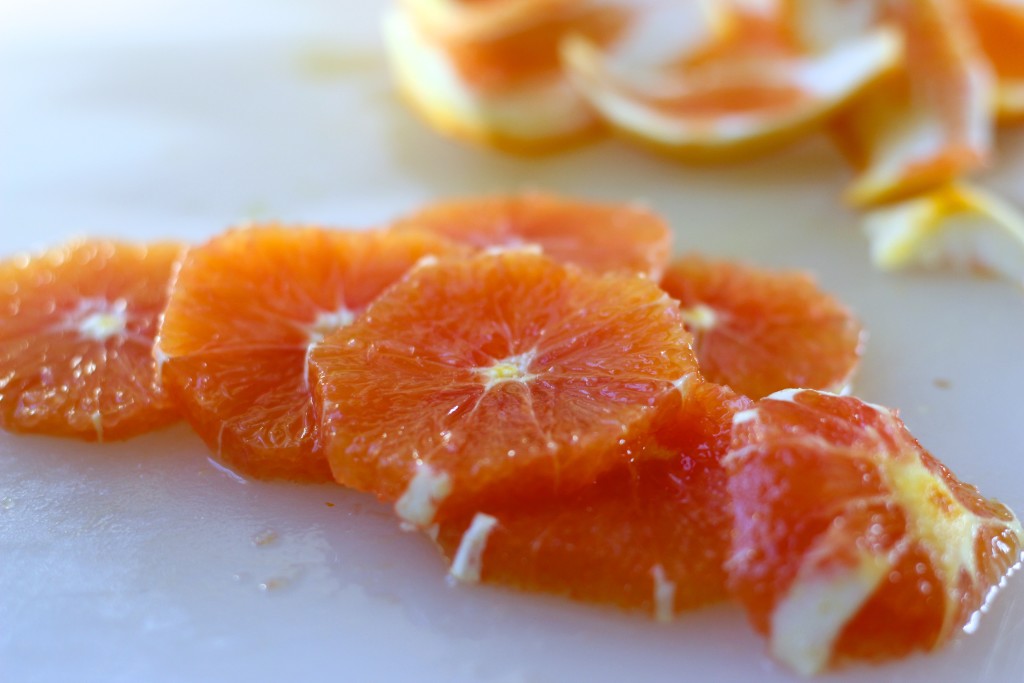 When the orange is peeled, lay it on its side and slice into rings.

After the syrup has boiled and thickened slightly, turn the heat off and CAREFULLY add in the orange rings, some fresh orange zest, and Grand Marnier. 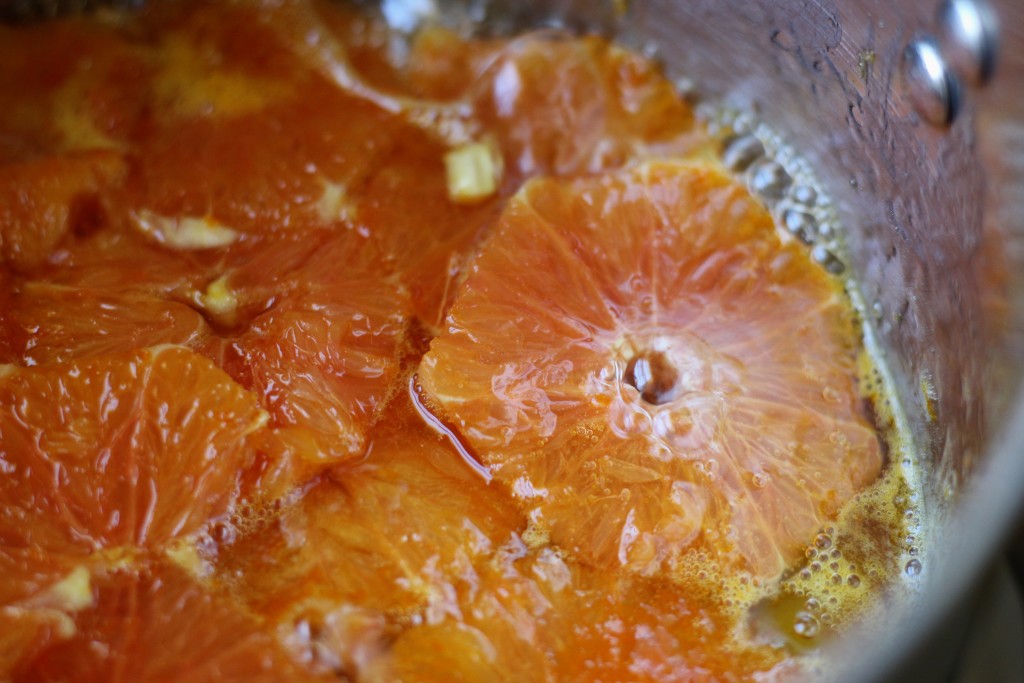 Let the syrup cook for another 1-2 minutes until the oranges are soft and coated in the syrup.

All that’s left is to plate up a couple slices of french toast and then spoon on some of the orange sauce.

A perfect breakfast that highlights the flavor of the season!

Save Print
Prep time
25 mins
Cook time
15 mins
Total time
40 mins
Simply A (RD) Fact: Oranges are an excellent source of vitamin C, which is essential for wound healing! Don't know how to zest an orange? Grab a microplane and carefully glide the orange over the microplane to grate off the top layer of the peel (the orange part!). Be careful and try not to grate any of the pith (the white part) - it's very bitter!
Serves: 4 servings
Ingredients
For the French toast:
For the orange sauce:
Instructions
To make the french toast
To make the sauce:
Nutrition Information
Serving size: 2 slices french toast with a quarter of sauce Calories: 463 calories Fat: 9.5gm Saturated fat: 3gm Carbohydrates: 79gm Sodium: 219mg Fiber: 3gm Protein: 15.5gm Cholesterol: 218mg
3.5.3208